Child protection in Rohingya camps still a priority for JRP 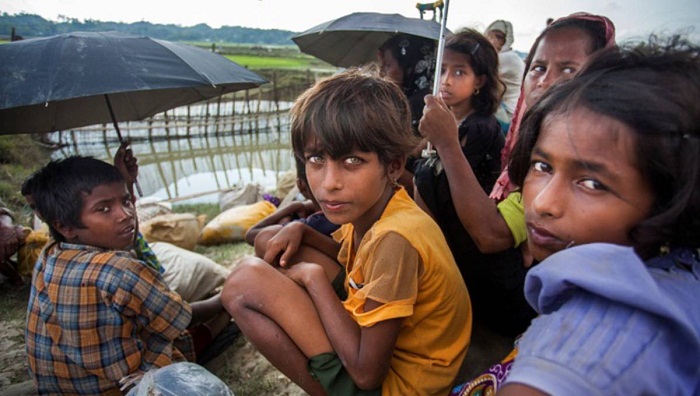 Rapid and effective humanitarian action under the leadership of the government of Bangladesh has saved many lives since August 2017 and met critical needs and protected nearly one million Rohingyas, according to UN agencies.

Launched in Geneva on Friday to deal with Rohingya humanitarian crisis, the 2019 Joint Response Plan (JRP) contains a “dedicated objective” to that end, said an official  on Saturday.

Steps will be taken in coordination with the Department of Social Services (DSS) to strengthen the child protection system, including linkages to, and improved quality of, government-led service delivery, said the official.

Children represent 55 percent of all Rohingyas of which 343,206 are in need of immediate child protection assistance, according to the JRP.

Rohingya children are experiencing high levels of distress after witnessing extreme violence in Myanmar, as well as being exposed to continued stressful living conditions.

As of October 2018, the JRP reveals, some 6,100 unaccompanied and separated children have been registered and are at heightened risk of child trafficking, abuse and exploitation in the camps.

Girls, who represent a larger proportion (57) of this vulnerable group, are particularly at risk of child marriage, sexual exploitation, abuse and neglect, the JRP mentions.

There remains a high need for robust family-based alternative care arrangements for unaccompanied and separated children, as well as family tracing and reunification and the provision of support to foster care families.

While much has been achieved, the Rohingya crisis in Bangladesh has not fully stabilised, according to co-chairs of the strategic executive group - UN Resident Coordinator in Bangladesh Mia Seppo, Representative of UNHCR in Bangladesh Steven Corliss and Chief of Mission, IOM Bangladesh Giorgi Gigauri.

The 2019 JRP, according to them, will be the vehicle for mobilising critically needed support for humanitarian response for the Rohingyas.

Priorities for the current year include supporting strengthened government leadership and accountability, including in the camps, and the effective participation of the Rohingya community in decisions affecting their lives.

In 2019, the government of Bangladesh and UNHCR will accelerate the ongoing joint verification exercise that will register the Rohingyas and provide them with individual documentation, in many cases for the first time.

More accurate data, disaggregated by age, sex, gender and other diversity factors, will facilitate planning and targeting of assistance and services, while biometric enrolment will strengthen the integrity of delivery.

UN aid agencies and NGO partners appealed for raising US$920 million to meet the massive needs of over 900,000 Rohingyas from Myanmar and over 330,000 vulnerable Bangladeshis in host communities.

The 2019 JRP is the third joint humanitarian appeal and builds on achievements made thus far in order to further stabilise the situation of Rohingyas.