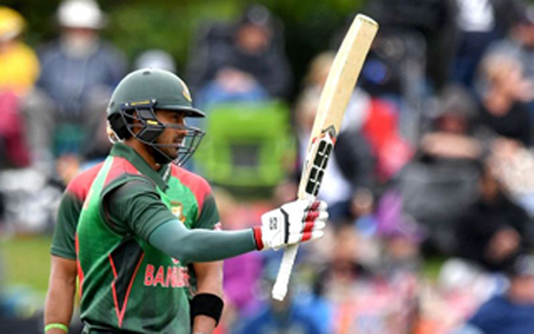 Bangladesh skipper Mashrafe Bin Mortaza praised Mohammad Mithun for his responsible second half century in the series that helped Bangladesh to post a decent total in the second ODI against New Zealand.

He was speaking at a post-match presentation ceremony held on Saturday at Hagley Oval in Christchurch, New Zealand.

The Tigers’ captain said though it was a tough day for the them losing quick wickets but Mithun has kept scoring runs which is positive for the team.

New Zealand skipper Kane Williamson said: “It was a clinical performance from us. We got a bit of overcast conditions and a responsive surface in our favour and we learnt some harsh lessons in the Indian series. Martin Guptill was brilliant in the first game, and just carried on in this game. Back to back hundred – that’s freakish. He’s been hitting it beautifully. I just wanted to play second fiddle to him. It’s been a busy summer, but I’m looking forward to Dunedin and the Test matches, so I’ll be having a bit of a break before that.”