Al Mahmud to be laid to rest in Brahmanbaria on Sunday 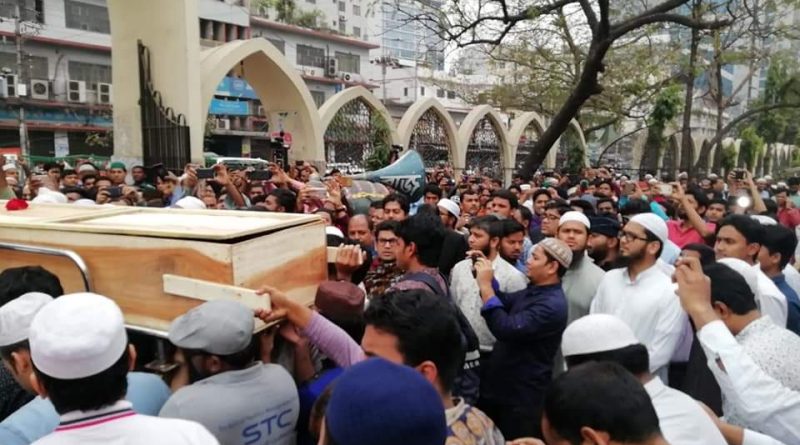 Prominent poet Al Mahmud will be buried at his hometown in Brahmanbaria on Sunday, said family sources.

His first Namaj-e-janaza was held at Bangla Academy premises and then the body was kept at Nazrul Mancha of the Bangla Academy for sometime from 11:45 am so that people can pay their last tributes.

Later, the second namaj-e-janaza of the poet was held at Baitul Mukarram National Mosque in the capital after Zohr prayers.

Poet Al Mahmud passed away at a city hospital on Friday night. He was 82.

The poet breathed his last at 11:05 pm on Friday at the Intensive Care Unit (ICU) of IbnSina Hospital in the city’s Dhanmondi area.

He was hospitalized under the supervision of Dr Abdul Hye due to illness on February 9. He had been suffering from multiple old-age complications since long, said the port’s assistant.

Mahmud started his career as a journalist and obtained widespread recognition after LokLokantor was published in 1963.

Al Mahmud was honoured with EkusheyPadak, Bangla Academy Award, and KabiJasimUddin Award in recognition of his contribution to bengali literature.