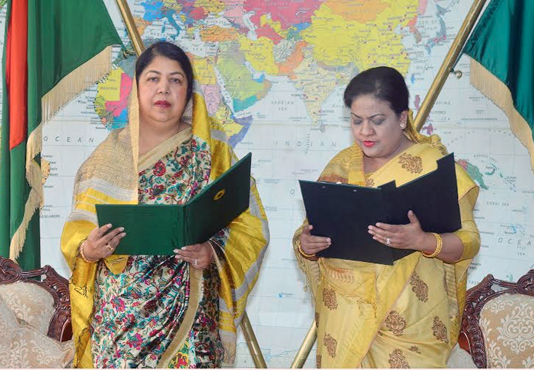 Dr Syeda Zakia Noor Lipi, who was elected as Member of Parliament (MP) uncontested from Kishoreganj-1 constituency, took oath at the Jatiya Sangsad (JS) Bhaban in the city on Saturday.

Ashraf, son of acting president of Bangladesh during the Liberation War and one of the four national leaders Syed Nazrul Islam, was elected as MP from the constituency for fifth consecutive term in December 30 polls.

But he died at a Bangkok hospital on Jan 3, on the day when other elected MPs of 11th Jatiya Sangsad took oath.