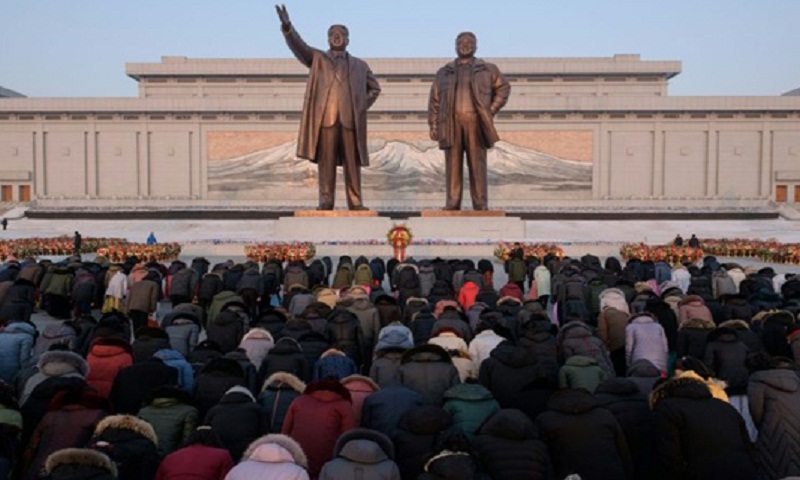 The Day of the Shining Star dawned bitterly cold in Pyongyang. But thousands of North Koreans lined up in temperatures of minus 8 degrees Celsius on Saturday to pay their respects to late leader Kim Jong Il on his birthday.

Kim, the son of the isolated North’s founder Kim Il Sung and the father and predecessor of current leader Kim Jong Un, was born on February 16.

According to Pyongyang’s orthodoxy, he came into the world in 1942, in a snow-covered hut at a secret camp on the slopes of Mount Paektu, the spiritual birthplace of the Korean people, where his father was fighting occupying Japanese forces.

Outside historians point instead to official Soviet records, which say he was born a year earlier in a Siberian village where Kim Il Sung was in exile.

Either way, it is a key anniversary in a nuclear-armed nation whose people are taught from birth to revere the “Paektu bloodline”, as the Kim family which has ruled it for three generations is known.

Referred to as the Day of the Shining Star, the occasion is celebrated with ice skating displays, flower shows, and laudatory tributes in state media, all reinforcing the underlying narrative.

Driver Kim Chol Jun, 42, took his two boys to Mansu Hill, where giant statues of the two older Kims look out over the capital, to pay his respects to them and the current leader.