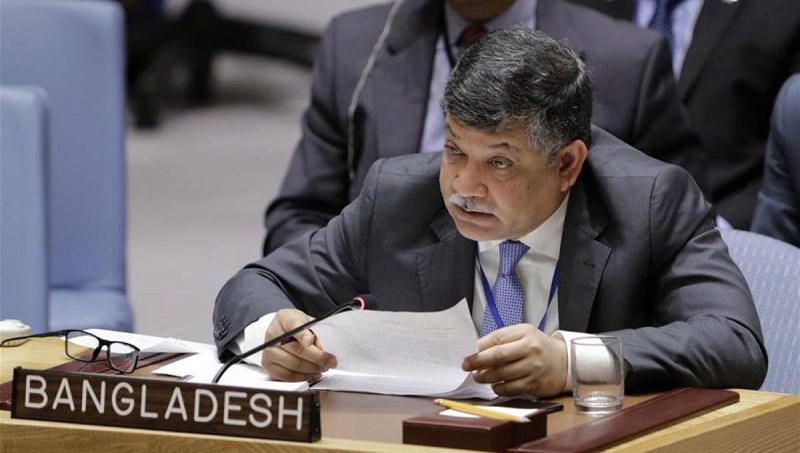 Permanent Representative (PR) of Bangladesh to the UN Ambassador Masud Bin Momen has said the government is working relentlessly to establish an inclusive, just and equitable society through addressing inequality.

The government, under the dynamic leadership of Prime Minister Sheikh Hasina, has taken initiatives for addressing inequality mainly through poverty eradication; access to education, health, employment and social security; and financial inclusion, he said.

Ambassador Masud made the remarks  at the General Debate of the 57th Commission for Social Development (CSocD), held at the UN Headquarters, recently, said a press release on Saturday.

In his statement, the PR also highlighted numerous endeavours of Sheikh Hasina’s government, such as: “whole-of-society” approach aiming to ‘no one is left behind’, advancing women’s participation, achieving gender parity in primary and secondary school enrollment, rendering government’s support to women and youth to contribute to country’s mainstream economic activities and providing equal care to elderly.

Ambassador Masud said Bangladesh has been doing remarkably well in advancing its overall socio-economic development with sustained improvement in the human development index.

“To boost income growth, we recently reviewed twice the minimum wages of our ready-made garments, the largest export earning sector, where women constitute 80% of the 4.5 million workers. Women in Bangladesh are now working side by side their male counterparts in almost every sphere of life," he said.

According to the Global Gender Gap index 2018, Bangladesh has closed over 72% of its overall gender gap, Ambassador Masud mentioned.

Theme of the 57th CSocD is “addressing inequalities and challenges to social inclusion through fiscal, wage and social protection policies”.

Bangladesh is a member of the Commission for Social Development (CSocD).

The 57th CSocD commenced on 11 February and will end on 21 February.