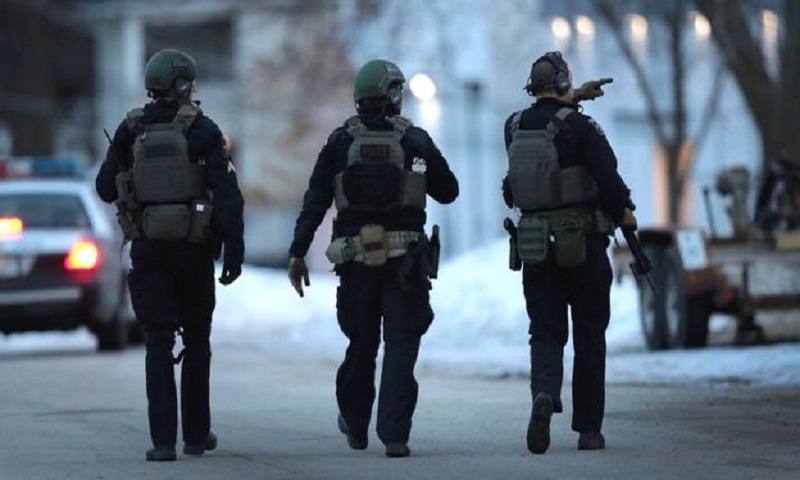 Five people were killed and several others injured when a gunman opened fire at an industrial park in the US state of Illinois, police there say.

The attack took place in Aurora, a suburb about 40 miles west of Chicago.

It comes a day after the first anniversary of a school shooting in Parkland, Florida, which left 17 dead.

Friday's shooting is reported to have taken place at Henry Pratt Company, a manufacturing firm that makes valves for large water pipes.

Police named the gunman as Gary Martin, 45, who they said had been an employee at the company.

Officers declined to speculate on a motive for the attack, but the Chicago Sun-Times newspaper is reporting that his family say he was made redundant two weeks ago and had been "stressed out".

They were "fired upon immediately" when they arrived at the scene, she said.

Ms Ziman added that a rescue task force was quickly deployed to the industrial park, accompanied by the emergency services, including the fire department and paramedics.

Chris Southwood of the Illinois Fraternal Order of Police described the Aurora officers who attended and were shot as "courageous".

"[These] officers and their colleagues did not hesitate to literally put their lives on the line today to stop further bloodshed," Mr Southwood said in a statement.

Of the five officers wounded, two were airlifted to nearby trauma centres.

The names of the five people who were killed have not yet been released.