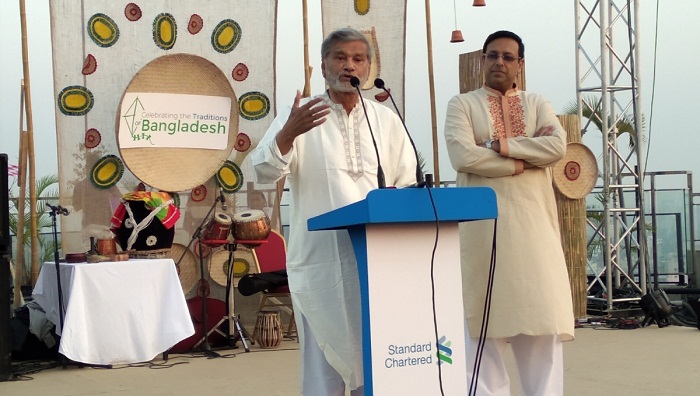 Planning Minister MA Mannan on Friday said that Bangladesh will improve its position in the ease of doing business index in the near future.

Bangladesh has been doing well for last ten years in different sectors including trade and sports, said the minister while speaking at a program titled “Celebrating the Traditions of Bangladesh” organized by Standard Chartered Bank at a city on Friday.

“If we can continue the trend we hope that our next journey will be well and smooth,” he added.

According to World Bank (WB) annual ratings released in 2018, Bangladesh ranked 176 among 190 economies in the ease of doing business index, improving a notch from 177 in 2017.

“We have our own culture and identity, but it has been covered by moss. We want to remove it as well as to spread it across the world. We need to go back to our exact position. Otherwise we won't be able to take a better position in the world using our internal power and culture in the 21th century,” he opined.

Naser Ezaz Bijoy, Chief Executive Officer of Standard Chartered, said that they organize such event for focusing the country’s culture to the people of the world so that they can know about Bangladesh’s real culture.