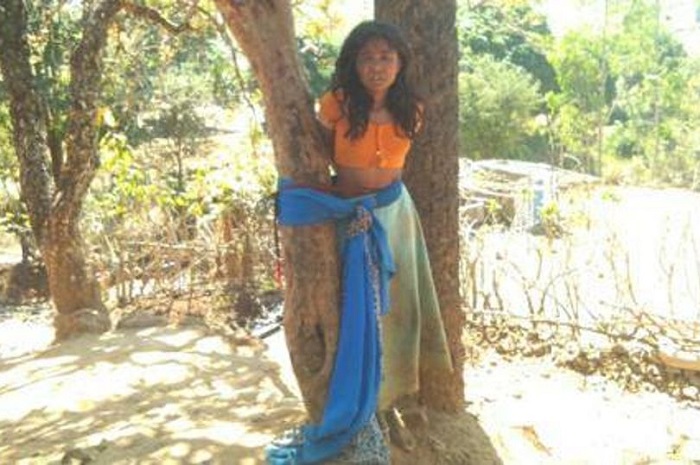 A woman who allegedly slit her six-year-old niece's throat before sucking blood from the wound has been arrested.

Vamthala Rasmo, 30, faces a murder charge over the death of her niece, Korra Anitha, who she allegedly killed in her home village of Lakeyuputta after getting into a row with the child's mother.

Rasmo had had an argument with her husband Chiranjeevi so had gone to stay with her brother in his home village of Lakeyuputta, near the city of Visakhapatnam in the south-eastern Indian state of Andhra Pradesh.

But the woman is said to have turned red with fury after her sister-in-law Chinnammi suggested it was time for her to return to her spouse.

Police say Rasmo was so furious with Chinnammi that she threatened to kill her daughter, but the threat was not taken seriously.

She allegedly then cut Korra's throat with a knife after taking the little girl and her four-year-old sister Sandhya out to a nearby hill to look for firewood.

Horrified, Sandhya ran back to the village and told neighbours what she had seen. They found Korra dead and caught Rasmo who they tied to a tree.

Villagers claimed Rasmo had been sucking the blood from the wound in her niece's neck when they found her.

Police, who were called to the scene by Korra's devastated family, have arrested Rasmo who remains in custody.

The investigation into the killing, and the allegations that the aunt drank the girl's blood continues.