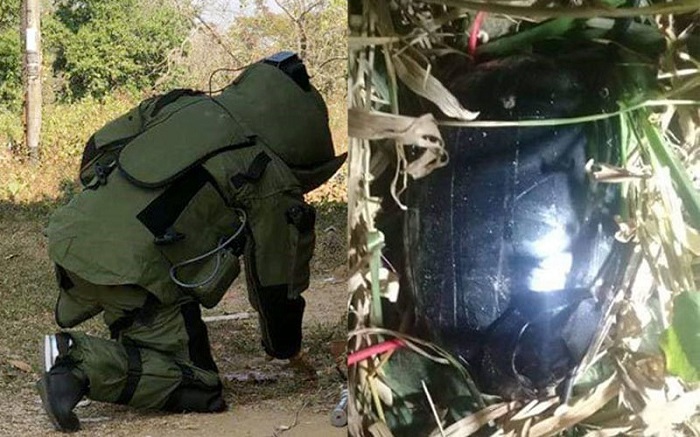 Residents of Chittagong University (CU) panicked after they found a bomb-like object on campus last night.

The object was discovered in front of the law faculty dean’s office around 10pm on Thursday.

The incident prompted law enforcement to rush to the spot.

Proctor Ali Asgar Chowdhury of Chittagong University told that a bomb-like object was spotted on campus around 10pm.

"Later, the bomb disposal unit reached the spot and confirmed that it was a fake bomb. The object was actually an eggplant wrapped with scotch tape. That is why it looked like a bomb at first glance," said the proctor.

Belaluddin Jahangir, Officer-in-Charge of Hathazari police station, said there was nothing to worry about as it was a fake bomb.

"Someone wrapped black scotch tape around an eggplant to create panic," added the OC.