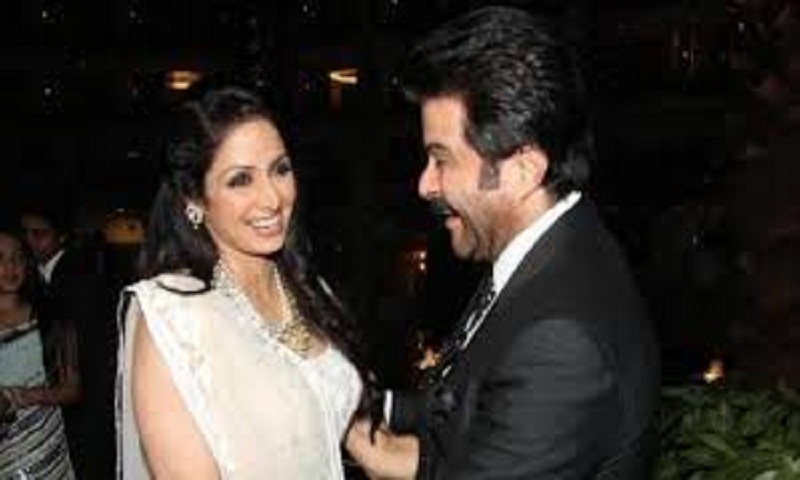 On February 24 last year, India woke to a shocking news of the sudden demise of actor Sridevi in Dubai. A year on, her family including husband Boney Kapoor, daughters Janhvi and Khushi, her brother-in-law Anil Kapoor and his wife Sunita Kapoor, Tamil actor Ajith, English Vinglish director Gauri Shinde and her husband R Balki were in Chennai for a pooja on her first death anniversary, as per Hindu calendar (thithi).

Speaking on the occasion, Anil said people like Sridevi were difficult to forget and that her body of work continues to inspire. Mumbai Mirror quoted the actor as saying, “She was my brother’s wife and my wife’s friend as they connected really well. Whenever we met there was always fun, laughter and humour. People like Sri ji are difficult to forget. Her body of work is fabulous and inspiring. Her films are still being seen and pictures still being published everywhere. She will always be missed.”

Anil and Sridevi have worked in a number of films together including hit films like Mr India and critically acclaimed films like Lamhe, report Hindustan Times.

It may be recalled that Sridevi with the rest of her family and in-laws were in Dubai for the wedding of her nephew Mohit Marwah in February last year. Post the wedding, while the rest of the family flew back to Mumbai, Sridevi reportedly stayed back in the Gulf nation for some shopping. Boney Kapoor, joined her later and on the day of her demise, they decided to go for a dinner together. She went into the bathroom to get ready and did not emerge for a long time. After 20 minutes, when she didn’t come out, Boney entered to bathroom to find her totally submerged in a bathtub. She was later pronounced dead on February 24 by ‘accidental drowning’.

Her daughter Janhvi made her Bollywood debut the same year with Karan Johar’s Dhadak. In many pictures and videos, fans have never failed to see the similarity she shares with her late mother.