Six killed in fire on fishing vessel in South Africa 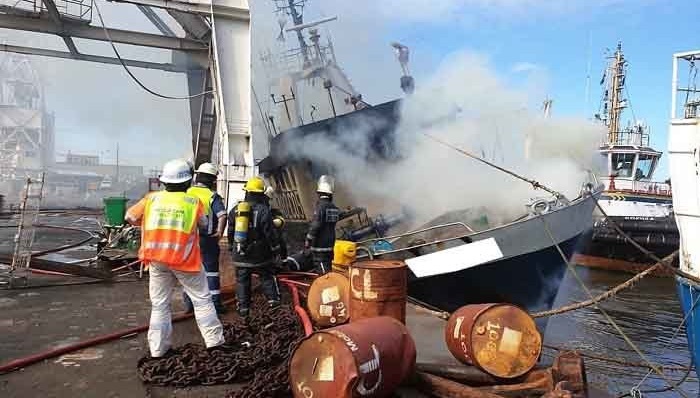 Six people were killed after fire engulfed a fishing vessel in a harbour in South Africa's southwestern city of Durban, rescue services said on Friday.

The fire broke out on Thursday while the trawler was docked.

"Rescuers worked through the night and made the gruesome discovery around 2am (0000 GMT)," said Garrith Jamieson, operations director of Rescue Care.

"Six people were found aboard the fishing vessel. They had unfortunately all passed away due to the injuries they had sustained," he said.

The private ambulance service at the scene had on Thursday treated three men for smoke inhalation and later transported them to a hospital.

Details of the origins of the vessel, which had a partially-burnt Mozambican flag, were not immediately clear.