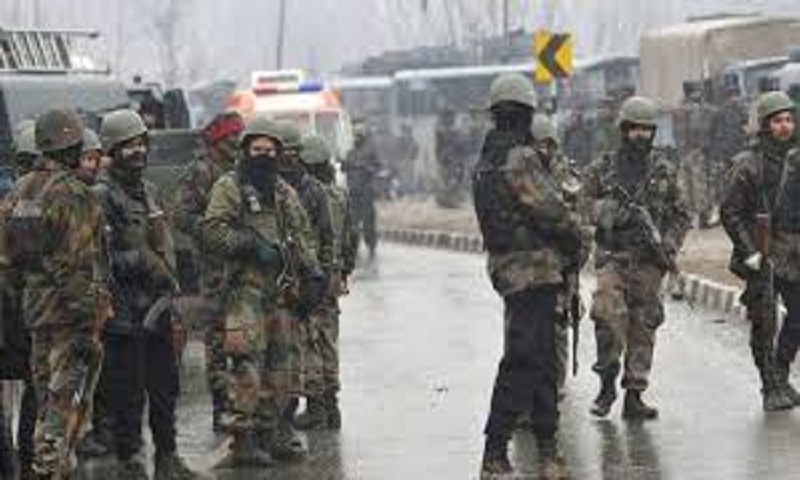 A suicide bomber driving a car packed with explosives rammed a bus carrying Central Reserve Police Force (CRPF) troops, part of a large paramilitary convoy, on the Jammu-Srinagar highway on Thursday, was feared to have killed at least 44 men while reducing the vehicle to a mangled heap of metal, in the deadliest terror attack in three decades of insurgency, report Hindustan Times.

At least 20 more were injured in the attack in the Awantipora area of Pulwama district. Terror outfit Jaish-e-Mohammad, which Indian authorities say is backed by Pakistan, claimed responsibility for the attack that took place in Lethpora, about 30 km from Srinagar. While the police put the official death toll at 33, security officials in Srinagar and New Delhi said at least 44 people had died.

Jaish said the suicide bombing was carried out by a local militant whom it identified as Adil Ahmad Dar of Pulwama. He joined the Jaish in 2018, PTI cited unnamed officials as saying. The Jaish claimed in a statement that the vehicle was carrying 350 kg of explosives, which Indian authorities did not confirm.

The CRPF convoy of around 2,500 troopers left the Channi Rama transit camp in Jammu around 3:30am and was headed to the Bakshi Stadium camp in Srinagar when the vehicle was attacked, said Jammu-based CRPF spokesman Ashish Kumar Jha. From Bakshi Stadium, they were to have travelled to their respective camps.