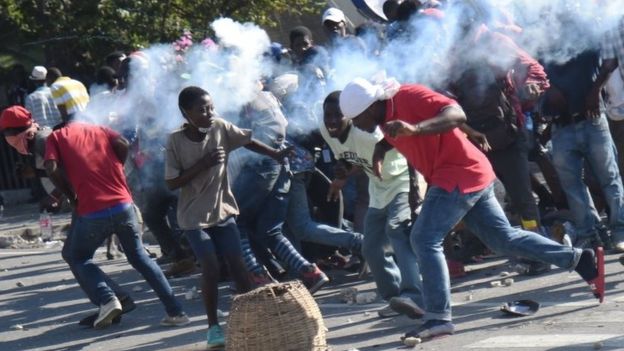 Haitian President Jovenel Moise has said he "will not leave the country in the hands of armed gangs and drug traffickers", amid continuing protests.

He broke his silence in a TV address after a week of violence in which at least seven people have been killed.

Protesters, who accuse Moise of corruption, want his resignation.

Meanwhile, the US has ordered the departure of "all non-emergency US personnel and their family members" from Haiti.

Canada has temporarily closed its embassy.

In the past week, thousands of people have rallied in the capital Port-au-Prince and other cities, burning tyres and throwing stones at police.

A number of foreign tourists have been trapped in their hotels as the security situation deteriorates.

Moise - who has been in power since 2017 - has called for talks with the opposition, to no avail so far. 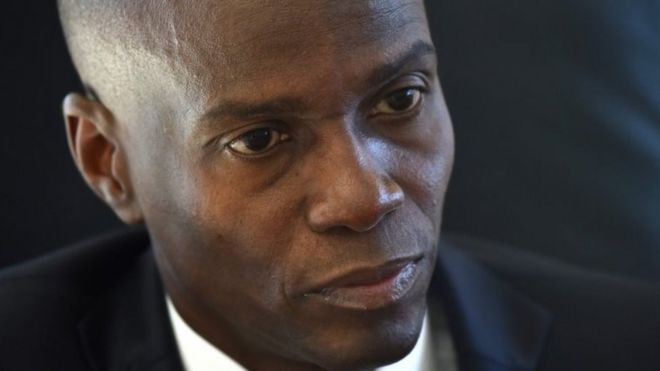 Opposition groups called for protests after a court report alleged that officials and former ministers had misappropriated development loans made by Venezuela to Haiti after 2008.

The report also suggested that President Moise had been involved in irregularities.