Trump in good health despite weight in obese range – doctor 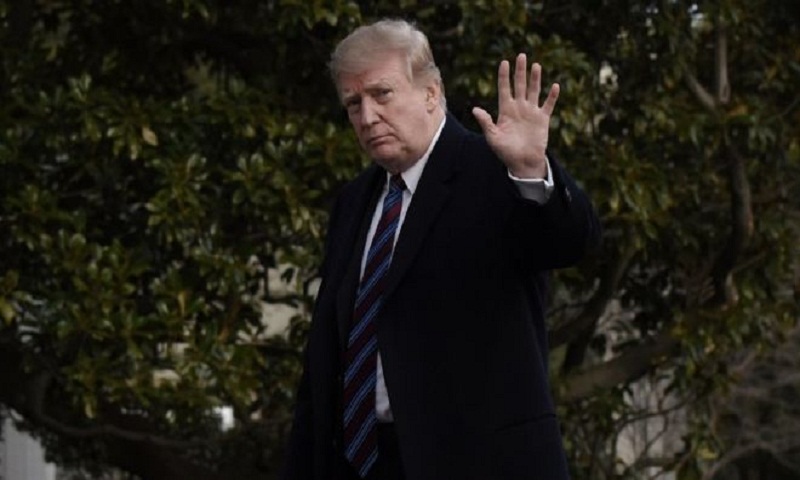 US President Donald Trump has put on weight since his last medical check-up, but remains in "very good health", his official doctor Sean Conley says.

Trump was receiving a higher dose of medicine to lower his cholesterol levels, his memo said.

Other doctors noted that his Body Mass Index (BMI) now fell in excess of 30, which is considered clinically obese.

"It is my determination that the president remains in very good health," Dr Conley said in a brief statement issued by the White House after examining the 72 year old.

The news of his report was released minutes after officials announced Mr Trump would declare a "national emergency" at the US-Mexico border in a bid to secure funding for a border wall.

President Trump, who has a common form of heart disease, had previously been asked to lose at least 10lb.

The 6ft 3in (1.9m) US president reportedly favours a diet of fast food and diet sodas, and has long faced questions over his health.

He famously does not drink alcohol, and says he has never done so. He is also a non-smoker.

During his campaign, he produced a letter that said he would be the "healthiest individual ever elected", but the doctor named as the author later said Mr Trump had written the letter himself.