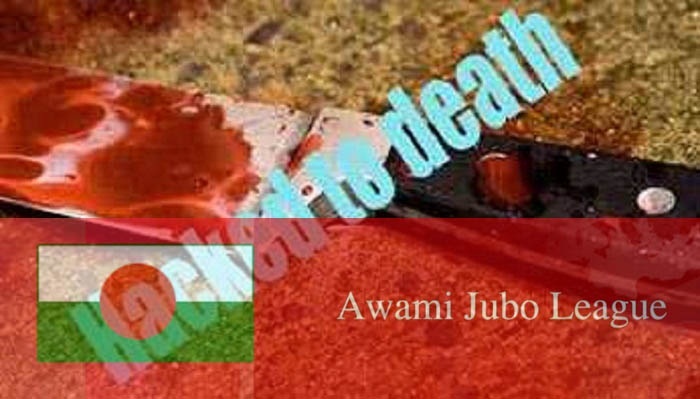 A local leader of Jubo League, youth front of the ruling Awami League, was stabbed to death by rival operatives near the BSCIC Industrial Area in Dattapara on Thursday.

Officer-in-charge of Natore Police Station Kazi Jalal Uddin said Hasan was at loggerheads with one Salauddin Sentu, UP member of the same ward, in a political turf war.

In the latest episode, Salauddin along with his men stabbed Hasan indiscriminately after intercepting him at Dattapara market area in the evening and soon fled the scene.

The critically injured Hasan Ali was taken to Natore Sadar Hospital and from there referred to Rajshahi Medical College Hospital, yet to no avail as that is where he succumbed to his injuries.

An agitating mob set two houses, including Salauddin’s, on fire following the incident.