Mushfiqur on the verge of making double-century 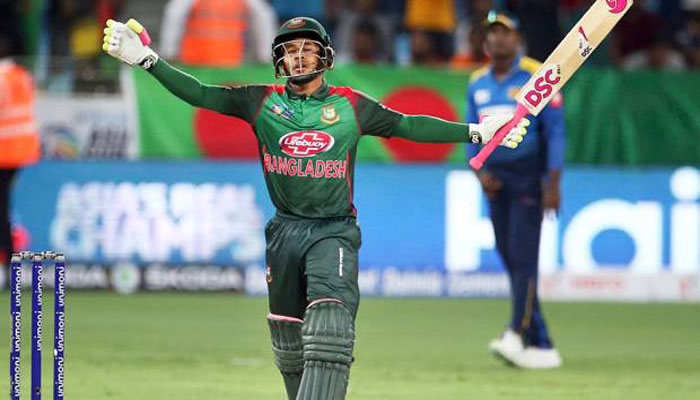 Dependable batsman Mushfiqur Rahim is on the verge of creating a unique milestone as he becomes the second Bangladeshi cricketer to play 200 ODIs in the second ODI of the three-match series against New Zealand on Saturday.

Mushfiqur, who made his ODI debut back on August 6, 2006, in Harare against Zimbabwe at the age of 17, has already played 199 ODIs for Bangladesh.

The diminutive wicket keeper, the backbone of the team’s batting line up, brought his team to fight back at a dire situation in a number of matches during his illustrious career.

The 31-year-old right handed batsman also played some memorable innings that helped Bangladesh to earn memorable victories. Mushfiqur, hailing from Bogra, scored 5,351 runs from 199 ODIs including six centuries and 32 half centuries with batting average of 34.74. He also took 164 catches behind the wicket and has a record of 42 stumping.