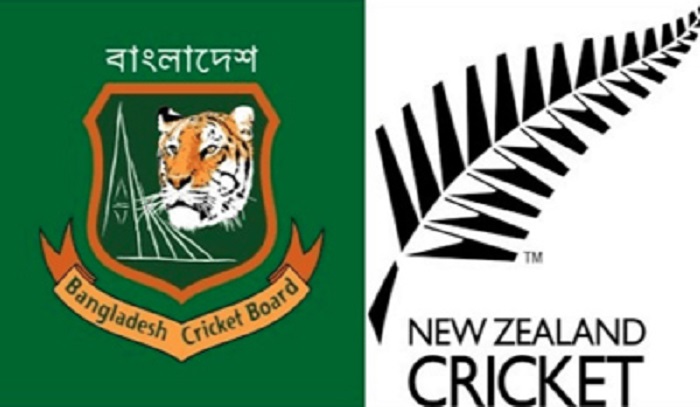 It will be an acid test for Bangladesh as they face hosts New Zealand in the crucial second ODI of the three-match series scheduled to be held on Saturday at Hagley Oval, Christchurc.

The match kicks off at 4 am (BST). It will be a must win match for the Tigers to stay in the series following their eight-wicket defeat to New Zealand in the first ODI.

Bangladesh completely beaten by the New Zealand in every department in the first match and 232 was hardly tough to defend as the wicket in Napier was considered a 300 plus runs.

According to Bangladesh skipper Mashrafe Mortaza wrong shots selection caused their massive defeat in the first match but he refused to give up in the wake of the big defeat in a country where they are yet to win any match in any format of the cricket.

More than half of the batting line up of Bangladesh was backed to the dressing room even before Bangladesh crossed the 100 runs mark. It was Mohammad Mithun and Saifuddin that saved Bangladesh from total embarrassment as they shared Bangladesh’s eight-wicket highest 84-run partnership to help the side to post a decent total of 232 before being all out.

Openers Tamim Iqbal and Liton Das, and Mushfiqur Rahim the three pillars of Bangladesh batting line up could not make run while the middle orders also failed to take the responsibility.

Left handed batsman Soumya Sarkar and Mehedy Hasan Miraz both the Tigers batsmen played some confident shots but could not convert those into a big knocks. Trent Boult and Matt Henry did the early damage by taking four wickets in the first 10 overs to take the control of the match.

Mashrafe’s concern remain batting in this moment after losing too many wickets at the start of first ODI, failing to deal with the short balls of Matt Henry and Trent Boult. The short ball stuffs are the thing that Tigers batsmen hardly could deal properly in their history but they knew that it would be the main weapon that the New Zealand will use throughout the series.

On the other hand, New Zealand are quite confident after taking 1-0 lead in the series. New Zealand skipper Kane Williamson must be looking to warp-up up the series with one match to hand.

Opener Martin Guptill is in tremendous form completing his 15th one-day international century in the first match. The Back Cap, rode on, Guptill’s unbeaten on 117 knock, chased down the target with 33 balls to spare.

Henry Nicholls is also in good form as he scored half century during the New Zealand’s chase while Ross Taylor’s unbeaten 45 took the host to the destination safely.

The third and final ODI between the two sides will be held on February 20 in Dunedin.