US bases under threat from climate change, top admiral confirms 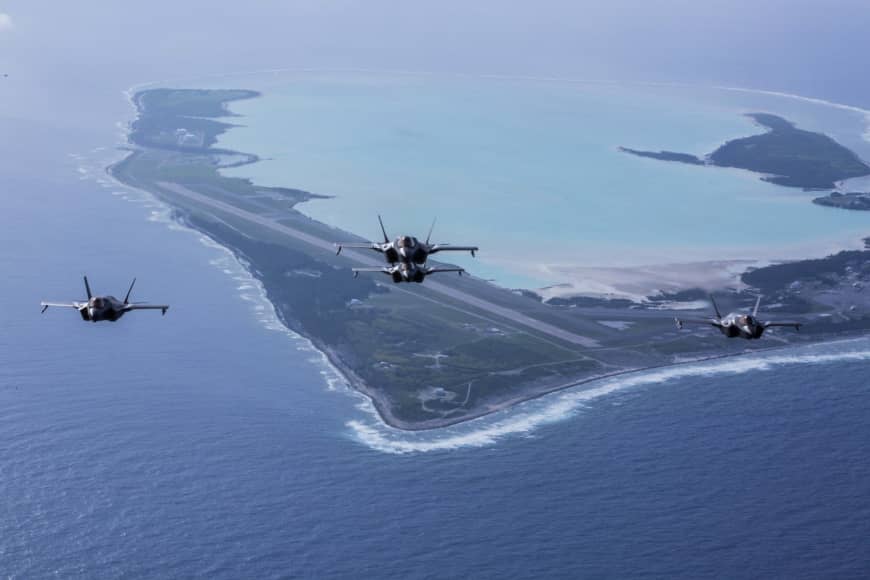 Climate change and a deteriorating environment are likely to fuel social disorder and could threaten some US military bases, a top admiral said Tuesday.

Admiral Philip Davidson, who heads the US military's vast Indo-Pacific Command, told lawmakers he concurred with a recent assessment from the US intelligence community that listed climate change as a global threat.

"The immediate manifestation is the number of ecological disaster events that are happening," Davidson told the Senate Armed Services Committee.

When Senator Elizabeth Warren, a top Democrat who is running for president in 2020, asked if he agreed, Davidson said "yes ma'am," and went on to describe a recent mission in Tinian and Saipan in the Northern Mariana Islands, where US troops helped clear up after Super Typhoon Yutu.

The United States is one of a dwindling number of nations where climate change and its impacts are politicized, and the Republican Party is loath to take action to reduce carbon emissions.

President Donald Trump, who has previously called climate change a Chinese hoax, has delighted in dismissing the phenomenon. During a record cold spell last month he joked on Twitter that the world needed more global warming.

The Pentagon recently put out its own climate change report, which critics slammed as understating the scope of the problem.

That report looked at 79 "priority" facilities around the US and found many vulnerable to flooding and wildfires, as well as the impacts of desertification, drought and melting permafrost.

Hurricane Michael last year wrecked Tyndall Air Force Base in Florida. It will cost more than $5 billion to rebuild.