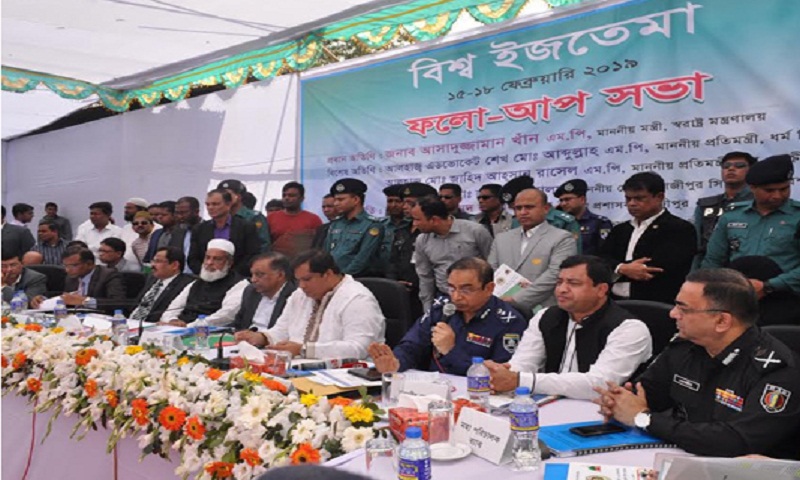 The 54th Biswa Ijtema Biswa Ijtema, one of the largest Muslim congregations in the world, will be held from February 15 to 18 in two phases on the bank of river Turag at Tongi in Gazipur.

Tight security measures have been taken for the event while several thousand members of different law enforcement agencies will be deployed in and around the Ijtema ground for ensuring security of the devotees.

Five control rooms have been set up to monitor the Ijtema ground while 15 watch towers of police and 10 of RAB have also been set up to ensure over all security of the devotees.

Special measures have also been taken to ensure uninterrupted electricity and water supply during the Ijtema.

Several healthcare centres have been set up at different parts of the venue along with first aid and other treatment facilities to provide health care services to the devotees while a total of 175 gas burner stoves were set up to provide cocking facilities for foreign devotees at the Ijtema compound.

Tabligh Jamaat has been organising the Ijtema at the venue since 1967. However, the Ijtema is held in two phases since 2011 to ease the accommodation and transportation problem.