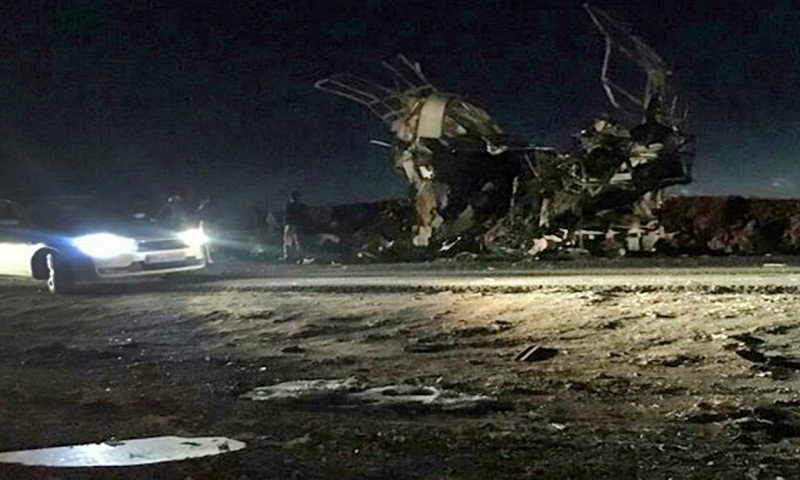 A suicide bomber killed at least 27 members of the Islamic Revolutionary Guards Corps and wounded 13 on a bus in a restive region of southeast Iran on Wednesday, Iranian media reported. It was among the deadliest attacks in Iran in years.

The Revolutionary Guards, an elite Iranian paramilitary force, quickly blamed the United States for the assault, which came during the week that Iran’s leaders have been celebrating the 40th anniversary of the Islamic revolution that overthrew the American-backed shah in 1979.

The Revolutionary Guards did not explain precisely how the Americans could have been involved in the attack. But Iranian officials suggested it was more than coincidental that it happened as the Trump administration was hosting an anti-Iran-themed meeting in Poland that included delegations from Iran’s regional adversaries, Israel and Saudi Arabia.

Dispatches by the official Islamic Republic News Agency and the Fars News Agency said the victims had been traveling between the cities of Zahedan and Khash near the Pakistan border, a haven for militant separatist groups and drug smugglers, report The New York Times.