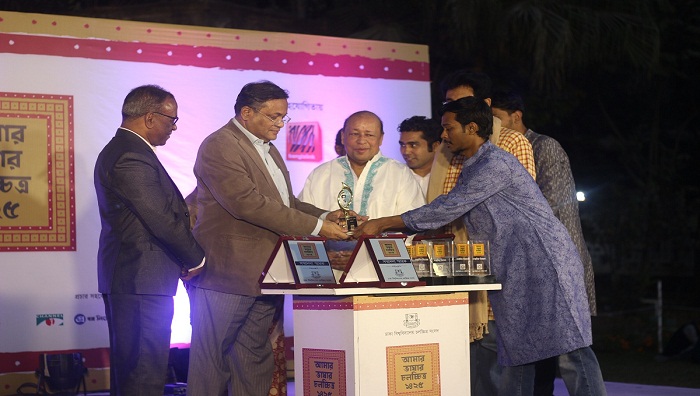 "The injustices of society can be visualised by films. Film can convey message to society for its betterment," he added.

He also said that to establish a positive society film plays a big role, lauding the efforts of the youth.

DU Pro-vice chancellor Professor Dr Nasrin Ahmad wished that students will continue partaking in such creative festivals alongside their studies.

Aamar Bhasha Cholocchitro 1425 is set to conclude on February 15.