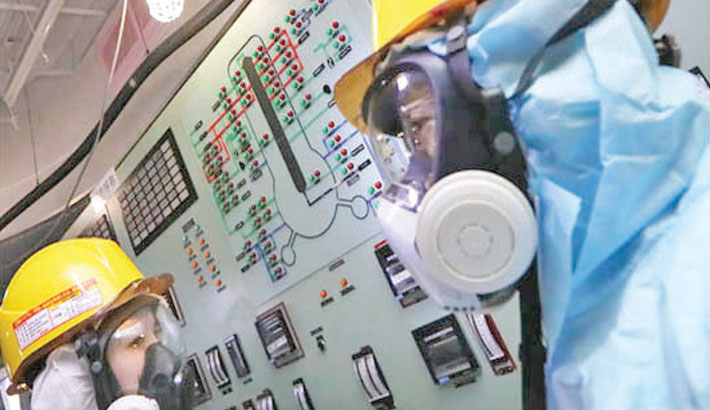 TOKYO: A robot will attempt to examine radioactive fuel at Japan’s Fukushima nuclear plant on Wednesday in a complex operation seen as key to clean-up efforts after the 2011 meltdown, reports AFP.

The operation is intended to better assess the status of the melted fuel, including whether it is stable enough to be picked up for removal, or may crumble upon contact. “The operation began at 7:00am local time and will last around five hours. So far no problems have been reported,” a spokeswoman for the plant’s operator TEPCO told AFP.

The operation is being carried out at the plant’s reactor 2, one of three that melted down after a massive earthquake and tsunami in March 2011.

Robots have already peered inside the reactor to allow experts to assess the melted fuel visually, but Wednesday’s test will be the first attempt to work out how fragile the highly radioactive material is.