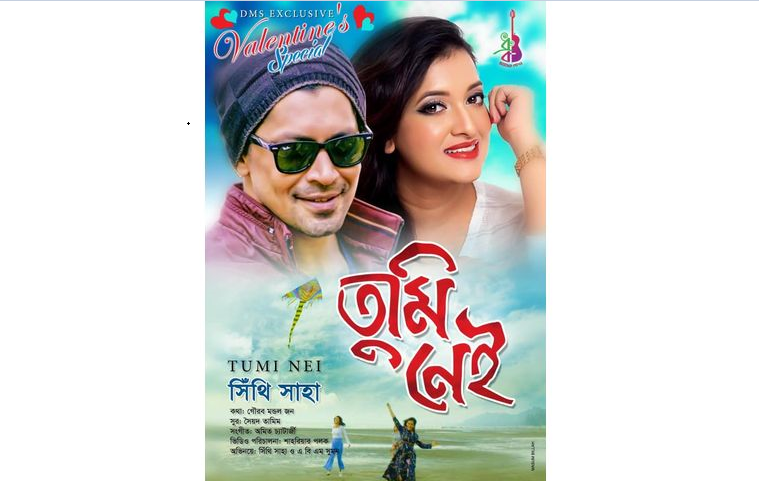 Bangladeshi popular singer Shithi Saha has now entered into a new career of acting as a heroine in her new music video “Tumi Nei”.

The music video made by Video Director Shahrear Polock was released at a ceremony held in the capital on February 7.

Gourab Mondal John wrote the lyrics of the song while Syed Tamim composed with Amit Chatterjee was in the music.

Shithi Saha when contacted said: “I expect that the song will hug everyone's heart by days. The video has been a pleasant one.”

“We receive praises from all people after releasing the video online and get great enthusiasms,” she added.

The music video is now available simultaneously on the DMS website, GP music, and Banglalink Vibe.