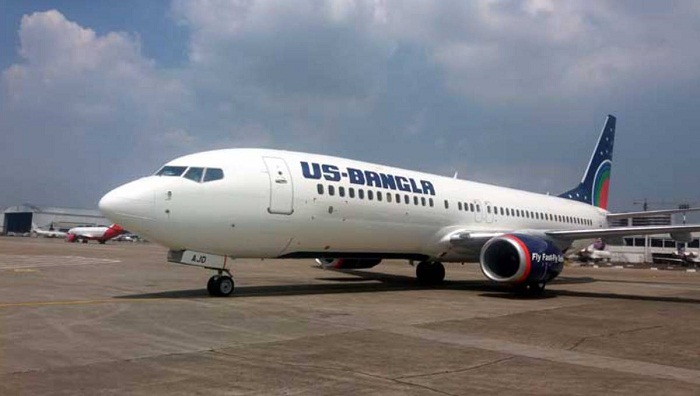 For the first time in Bangladesh’s aviation history, US-Bangla Airlines will begin operating direct flights to Chennai from March 31.

Initially three flights will fly from Dhaka to Chennai via Chattogram on Sunday, Tuesday and Thursday and will return on the same day. The flight will leave Dhaka for Chattogram at 9:10 am and will fly for Chennai at 10:45 am.

The flight will reach there at 12:45pm and the return flight will leave the Indian city at 01:30 pm on every scheduled day and will reach Chattogram at 16:30 pm and Dhaka at 06:00pm (Bangladesh standard time).

The airlines own seven aircraft including four Boeing 737-800 and three Dash 8-Q400 aircrafts.