Arjun Kapoor yearns to leave worrying for another day 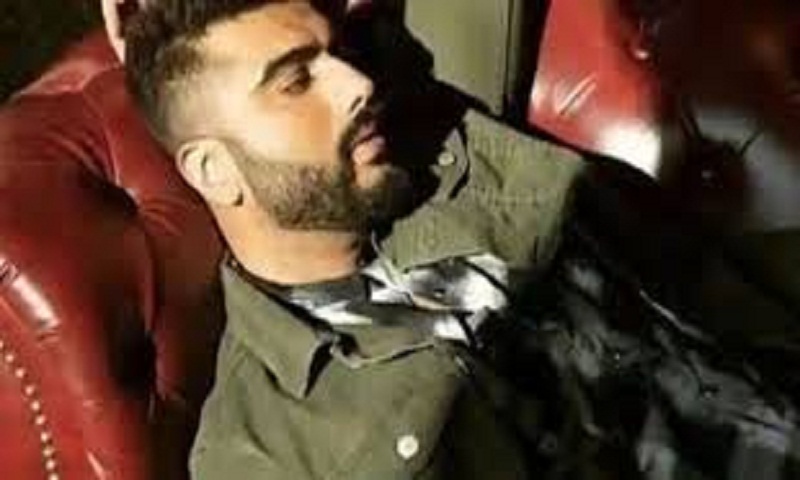 Rumoured couple Arjun Kapoor and Malaika Arora seem to be in no mood to make their relationship official but continue to acknowledge each other’s presence on the social media and in public, report Hindustan Times.

Currently shooting for his next film titled Panipat, Arjun recently posted a picture from Jaipur on his Instagram with the caption, “Sun kissed & enjoying the day off... leave the worrying & the stress for another day soak in the moment, bask in ur happiness & remind yourself the journey is fluid... Sometimes you just gotta enjoy the experience of becoming... #tuesdaythoughts #chillinlikeavillain.”

And among the first ones to react to the post was rumoured girlfriend Malaika who wrote nothing but ‘Hmmmm’ in the comments section.

Taking a dig at himself, Arjun had also shard his childhood picture a few days ago on his Instagram account with the caption, “So finally here is my first look for Panipat !!! #Angryyoungman #mrgrumpy #poser4life #baldjun.” And Malaika was quick to comment, “Haha too cute...”

Earlier, Malaika had shared a picture on Instagram with the caption, “Take me back... happiness.” Arjun had replied in the similar manner “Hmm... ,“ as if he was considering her plan.

The two are regularly spotted on dates and parties but refuse to talk about the same. Arjun is now also a part of Malaika’s friend circle and always accompanies her to parties hosted by them. He recently attended Gauri Khan’s party with Malaika which was also attended by her sister Amrita Arora and friends including Karisma Kapoor, Natasha Poonawalla in attendance.