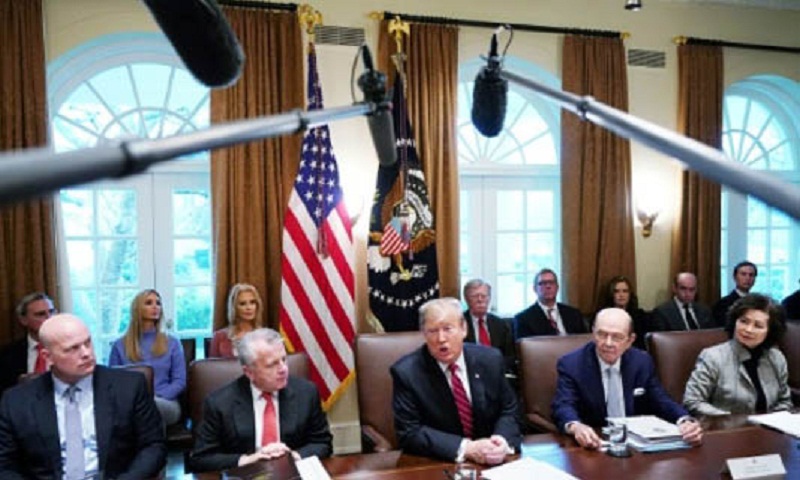 Asian stocks climbed Wednesday as US President Donald Trump said he could extend the deadline for a trade deal with China, appearing to boost the prospects of an agreement.

Trump said “things are going well” at preliminary talks in Beijing, where top economic officials will gather Thursday seeking an accord to stop sharp US tariff hikes that could damage the global economy.

“If we’re close to a deal, where we think we can make a real deal … I could see myself letting that slide for a little while,” the US president said of his March 1 deadline.

He added that he expects a meeting with counterpart Xi Jinping to happen “at some point”.

The comments all improved market sentiment on the likelihood of a deal to prevent US tariffs on $200 billion in Chinese imports more than doubling next month.

Washington is demanding changes from Beijing on what it says are unfair commercial practices.

However, some analysts struck a cautious tone, noting that much work needs to be completed before a framework agreement is in reach.

“The rally in stocks has been based on hope rather than any concrete agreements overnight,” warned Oanda senior analyst Jeffrey Halley, predicting short-term volatility to come as headlines emerge from Beijing.

Sydney shed 0.3 percent, with calls for a snap election amid political tensions over refugees adding to underwhelming corporate earnings and subdued metal prices.

Nonetheless, renewed global investor confidence saw a movement away from the greenback, which has enjoyed a strong rally in the past week, to riskier currencies.

The pound moved upwards closer to $1.29, despite no-deal Brexit fears as Prime Minister Theresa May was accused by the opposition of “running down the clock” and “playing chicken” with Brussels over talks.

The deal to offer nearly $1.4 billion for construction of a Mexico border wall, as well as other security measures, fell far short of Trump’s demands but has been presented as a workable compromise.

“I don’t think you’re going to see a shutdown,” said the president.