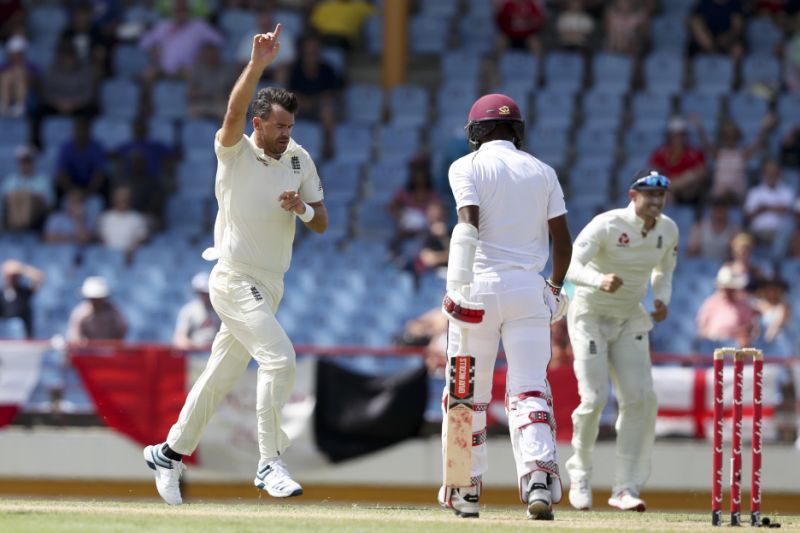 England earned a consolation test win by 232 runs in four days in a lost cricket series and still managed to be upstaged by the West Indies on Tuesday.

The English set the West Indies 485 and most of two days to win the third and final test, and bowled out the home side for 252 to prevent being whitewashed. The West Indies won the series 2-1 in brilliant style, and despite losing on Tuesday it finished with smiles.

England had been certain of victory since day two on Sunday when Mark Wood took 5-41 to earn a first-innings lead of 123. After making the target unreachable on Monday, captain Joe Root declared early Tuesday as soon as he was out for 122. They had a massive 484-run lead.

The West Indies knew it was never going to win. Allrounder Keemo Paul was last seen with a torn right quadricep on a stretcher being loaded into an ambulance on Monday morning, and top-order batsman Darren Bravo didn't field on the third day to nurse a finger injury.

Bravo was quickly out in the middle on Tuesday and back in the pavilion just as quick after scoring a duck, as England fast bowler James Anderson reduced the home side to 10-3.

By then Roston Chase was at the crease, and showing again the grit England generally lacked in the series. He was on 78 when Alzarri Joseph went out blazing with 34 off 30 balls, and was joined by No. 10 Shannon Gabriel. Gabriel seemed not to care to help Chase reach a defiant ton, throwing his wicket away for 3 while Chase was on 98.

Then the drama went up a notch as Paul limped out to the middle to help Chase, even though he wasn't going to be running between the wickets. Paul blocked one ball and gave the strike to Chase, who achieved the hundred by cutting Joe Denly for his 12th boundary.

Chase celebrated his fifth test century and saw out the over on 102 not out off 191 balls.

Back on strike, Paul couldn't run but showed he could bat by smacking Ben Stokes for three boundaries before giving Stokes a caught and bowled and ending the test and series.

"We could have rolled over, given it up," West Indies captain Jason Holder said. Of Chase, he added, "I'm really happy he could get his hundred."

Holder was banned from the test for a slow over-rate in the three-day second test, and still finished the leading run-scorer in the series.

Root surprised when he decided to keep batting in the morning, moving from 111 to 122 in six overs when he hit a full toss from Shannon Gabriel to midwicket. Root finally declared on 361-5 and Stokes was left on 48 not out.

The West Indies was sunk by lunchtime.

In his next over, Anderson got an edge from stand-in captain Kraigg Brathwaite to Stokes at second slip.

Bravo was next to go, nicking a lifter from Anderson to Root, and the West Indies was 10-3 and Anderson had 3-5.

Shai Hope, dropped by Jos Buttler off Stuart Broad before he scored, made only 14 before he lobbed Wood to Broad, and the West Indies was 4-31.

Meanwhile, Chase batted on, through lunch and tea. Shimron Hetmyer was run out, and Ali took three wickets. Broad bowled 14 overs and conceded only 22 without a wicket. But Chase kept his head down, frustrating England, and giving West Indies back a little pride in a losing cause.