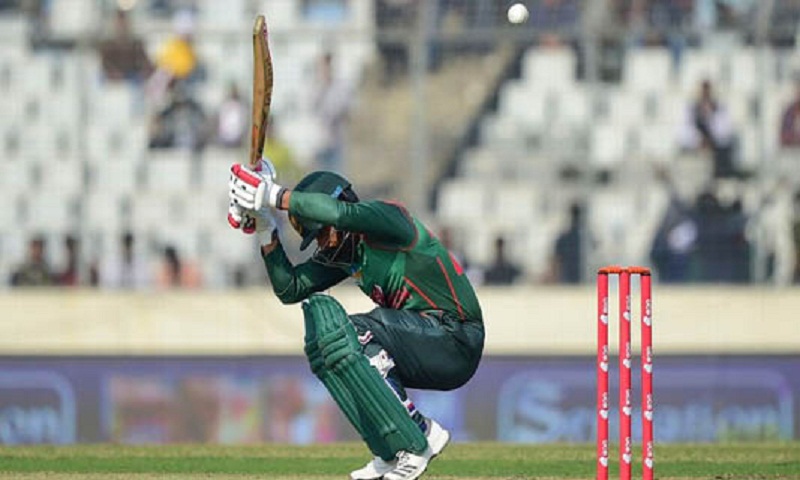 Bangladesh won the toss and opted to bat first as they chase a maiden victory over the Black Caps on New Zealand soil in the first one-day international in Napier today.

The tourists have never beaten the hosts in any format during four previous tours to New Zealand.

“It looks a decent wicket, we’ve never played a day-night match here before but to me it looks a good wicket to bat first,” captain Mashrafe Mortaza said.

Mortaza said Bangladesh were buoyed by a 2-1 ODI series win over the West Indies in December.

“We batted well, bowled well, fielded well — obviously we look forward to the same things being repeated here,” he said.

Bangladesh’s task has been made tougher by the injury-enforced absences of all-rounder Shakib Al Hasan and paceman Taskin Ahmed.

New Zealand skipper Kane Williamson said he would have batted had he won the toss.

“We’ll just have to adapt with the ball in hand first up,” he said.

New Zealand are coming off a 4-1 ODI series defeat against India, although they won the Twenty20 series that followed.

They welcome back opening batsman Martin Guptill, who missed the T20 series and has been struggling for form.

Selectors have persisted with Hamish Nicholls at the top of the batting, leaving out Colin Munro, while paceman Lockie Ferguson replaces spinner Todd Astle.

Bangladesh are seventh in the one-day rankings, with New Zealand fourth.