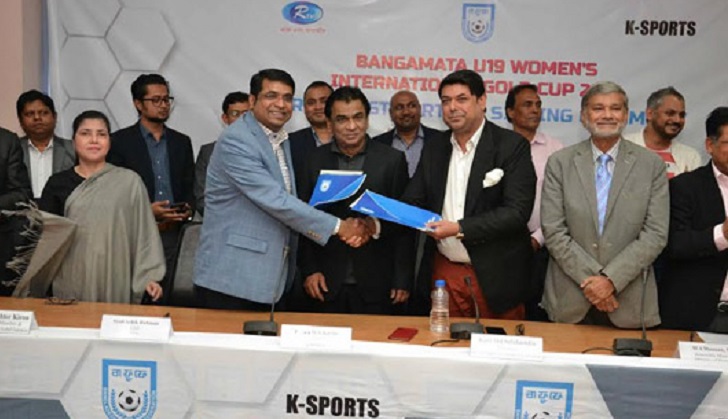 Private satellite channel Rtv earned the broadcasting right of Bangamata U-19 Women’s International Gold Cup tournament scheduled to be held on April 23 to May 3 in Dhaka, reports BSS.

In respect to the memory of Bangamata Sheikh Fazilatunnesa Mujib, Bangladesh Football Federation (BFF) will organise the six-nation tournament by the kind consent of Prime Minister Sheikh Hasina.

In order to broadcast the matches of the tournament, a broadcast partners signing ceremony between the tournament right holder K sports and Rtv was held today (Tuesday) at conference room of BFF.

Planning Minister MA Mannan was present as the chief guest in the signing ceremony. He appreciated the country’s women’s football and wished every successes of the prestigious tournament.