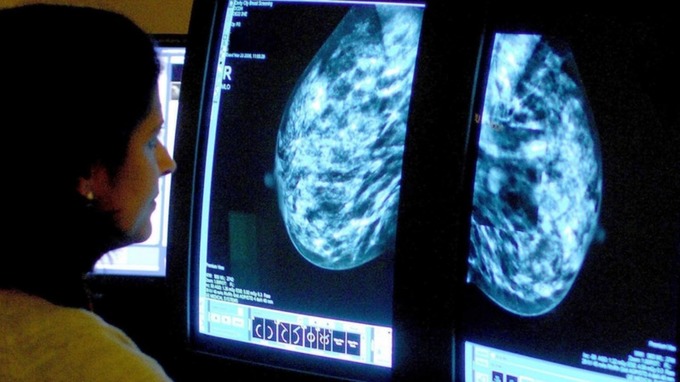 Women in their thirties with a family history of breast cancer should receive annual mammograms, new research has suggested.

A study funded by the charity Breast Cancer Now found cancers were picked up in younger age groups than those covered by current NHS screening programmes.

The current screening offering starts for women at the age of 40, the study suggests the programme should be rolled out to women from the age of 35 up.

Thirty four UK screening centres took part in the trial, finding that mammograms for women from 35 to 39 with a moderate or high risk of breast cancer were able to detect tumours at a significantly smaller size compared to those found in women screened later in life.

Researchers also found that cancer was less likely to have spread to the lymph nodes if detected early.

Researchers have hailed the study an "enormous breakthrough," in the treatment of cancer. The disease is the largest cause of death of women under 50 in England, with more than 900 women losing their lives in 2017.

Breast Cancer Now’s chief executive Baroness Delyth Morgan said: "We believe these findings could be practice-changing, and urge the Government’s upcoming review of NHS screening programmes to set out what further evidence is needed to consider screening for women aged 35 to 39 who are at increased familial risk of breast cancer."

In total, 50 breast cancers were detected in 49 women, of which 35 were invasive tumours. 28 of those discovered were smaller than 2cm in size, 7 had spread to the lymph nodes.

The trial drew comparisons with a group of women aged 35 to 39 who were at increased risk but did not undergo screening. In this group, far fewer cancers were detected when they were still small (45%) and far more of the women’s tumours had already spread to the lymph nodes.

He added: "Our trial shows that mammography screening is effective in detecting tumours earlier in this younger age group, and lays the groundwork for extending this screening in women at moderate or high risk down to women aged 35 to 39 from ages 40 to 49."

An NHS England spokesperson said an upcoming review will consider changes to the screening programme.

A statement from the organisation said: "Breast cancer survival is at its highest ever and with improved screening a key focus of the NHS long term plan, even more cancers will be diagnosed earlier."