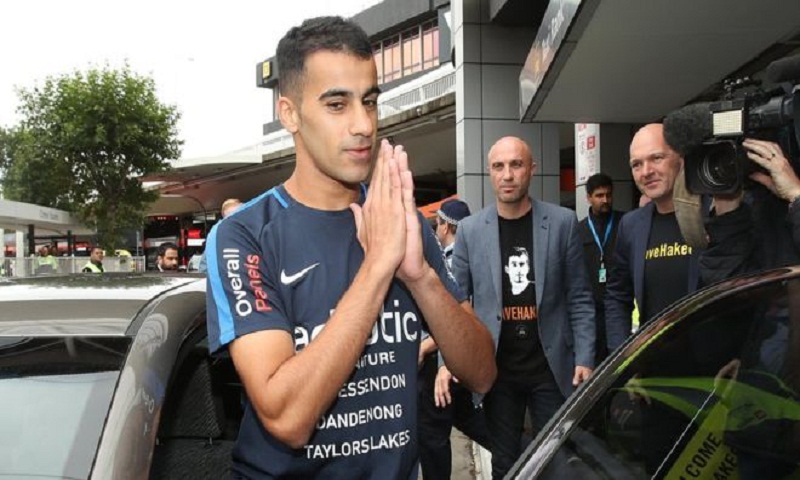 Refugee footballer Hakeem al-Araibi has returned home to Australia following his release from a Thai jail.

The Bahraini national was detained for over two months in a Bangkok prison after he was arrested on an Interpol notice issued by Bahrain.

Hundreds of supporters cheered the arrival of the 25-year-old footballer at Melbourne Airport on Tuesday.

The 25-year-old footballer, a vocal critic of Bahrain authorities, had fled to Australia in 2014 where he was granted political asylum.

While in Australia, Bahrain sentenced him to 10 years for vandalising a police station, charges which he has denied.

Human rights activists had warned that he could face torture if sent back to the Arab kingdom.