Mahatma Gandhi would not have wanted a temple in Ayodhya 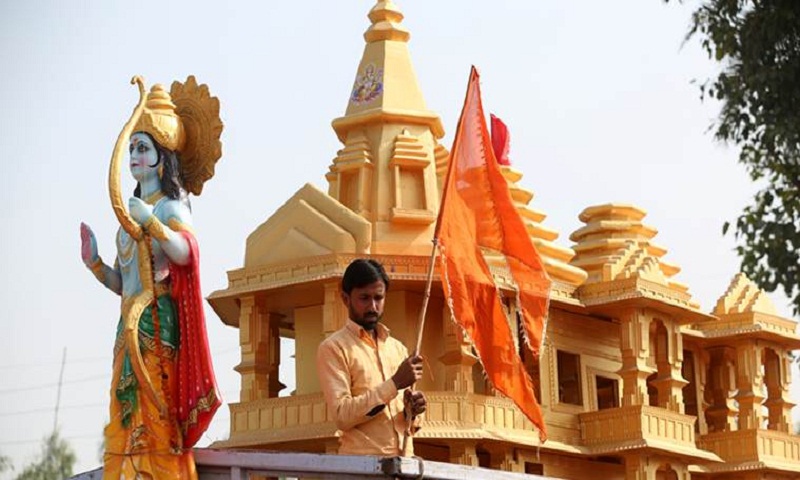 In 1932, a young Christian priest named Verrier Elwin was thrown out of his church. Educated at Oxford, Elwin made his home among the Gonds of central India. He sought to bring education and healthcare to the adivasis, but refused to take the gospel to them, out of respect for their own spiritual traditions. For this, he was expelled from the priesthood by his bishop.

Verrier Elwin knew and admired Mahatma Gandhi. When he wrote to him about his excommunication, Gandhi wrote back: “Your pulpit is the whole earth. The blue sky is the roof of your own church.” Gandhi consoled Elwin that the message of Jesus was, in any case, “in the main denied by the churches, whether Roman or English”.

A Christian did not need a grand or beautiful building in which to express his faith. Nor did men or women of other faiths. Gandhi called himself a devout Hindu, yet in the many years he lived in Ahmedabad, he did not go to any of the city’s temples to demonstrate to himself (or to others) how deep or strong his Hinduism was. He prayed on the ground in front of his hut, facing the Sabarmati river. When he moved to Sevagram, he prayed in the open in that ashram too.

Gandhi’s Hinduism was syncretic rather than sectarian. He respected other religions, and conducted a lifelong campaign for interfaith harmony. Notably, though, the last words he uttered were of the Hindu deity, Ram. That particular deity was a particularfavourite of his. He spoke of a just society as being a “Ram Rajya”, and corresponded with his spiritually inclined friends on the benefits of Ramanama, viz., uttering the name of Ram repeatedly, in harmony and with devotion.

Gandhi’s Hinduism was expressed in many ways and in many places. But almost never in temples. His faith did not require this. Besides, his own experiences with famous places of worship were not entirely pleasant. In 1902, on his first visit to Varanasi, Gandhi went to the Kashi Vishwanath temple, and was unimpressed. “The swarming flies and the noise made by the shopkeepers and pilgrims were perfectly insufferable,” he recalled, adding: “Where one expected an atmosphere of meditation and communion, it was conspicuous by its absence.” He walked through the entire temple, “search[ing] for God but fail[ing] to find him” in the dirt and the filth.

In 1916, after returning to India, Gandhi revisited the Kashi Vishwanath temple, to find it as dirty and degraded as before. These encounters in Varanasi confirmed for him that the gods of Hinduism were not to be found in the temples erected for them. Over the next three decades, Gandhi travelled all across the country, by train and on foot. In the course of these journeys he visited every town containing a major Hindu shrine. But while he saw these ancient temples from outside, he never sought to go within, with one exception (to which we will return).

Gandhi’s lack of interest in worshipping inside temples stemmed from two reasons. First, he believed that God resided in one’s heart, and that trust in or love for God was realised through one’s personal conduct; rather than in prayer, ritual, pilgrimage, or ceremony. Second, he saw that the message of gender and caste equality was denied by Hindu temples, which had discriminated harshly against women and savagely against Dalits.

After his early and chastening experiences with the Kashi Vishwanath temple, Gandhi never went back there, although he visited Varanasi often. Gandhi visited Puri, but he refused to enter the Jagannath temple. He spent time in Thanjavur, but declined to worship at the Brihadeeswara temple. However, when the Meenakshi Temple in Madurai admitted Dalits in 1946 — following 20 years of sustained struggle — Gandhi visited the temple, to signify approval of this belated departure from Hindu orthodoxy.

Mahatma Gandhi would have been appalled by the hatred and bigotry spread in the name of Ram in the 1980s and 1990s. I say this as Gandhi’s biographer, but also as a citizen of the Republic, who lived through that violence, and studied it at first hand. I can testify to the shame and indignity it brought to Hindus, Hinduism, and India. Do we want a repeat, a rerun, of those years now?

In the 1990s, and since, several proposals were offered as alternatives to the polarising project of building a large temple to Ram in Ayodhya. They have included a hospital and a university, each committed to serving people of all faiths. The Mahatma’s own grandson, the philosopher Ramchandra Gandhi, suggested the construction of a “Ram-Rahim Chabootra” to “honour the oldest tradition of interreligious spirituality in the world”.

Which of these proposals would have most met with Gandhi’s approval we cannot say. What we can say is that Gandhi was altogether opposed to the belief that a massive structure was in any way necessary to spiritual faith, or to national and civilisational pride. There can be absolutely no doubt that the Mahatma would have seen the movement for a grand Ram temple in Ayodhya as a tragic misdirection of the energies of Hindus and Hinduism.

Ramachandra Guha is an Indian historian and writer. He wrote this piece for The Telegraph