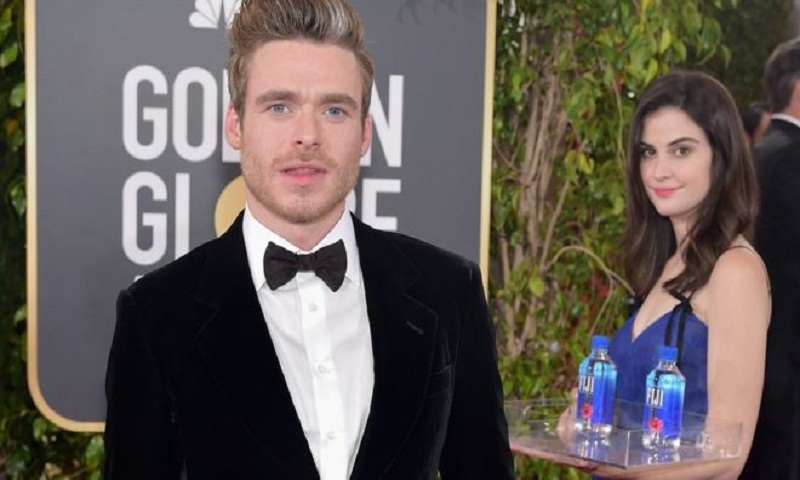 A model who found viral fame by arguably outshining celebrities on the Golden Globe red carpet is locked in a legal battle with the bottled water company that helped make her famous.

She had been photographed smiling as she held a tray of water bottles behind celebrities at the event in Hollywood.

She and Fiji are now feuding over the use of her image in marketing.

The Canadian model, 31, filed a lawsuit against Fiji Water and its owner, the Wonderful Company, in January after they used her likeness for a promotional cardboard cut-out.

She accused the company of unauthorised use of her photograph, likeness and identity for a worldwide advertising campaign.

In a countersuit filed on Friday, the owners of Fiji Water said Ms Steinbeich had knowingly signed an exclusive one-year deal worth $90,000 (£70,000) and accused her and her agents of "simple greed".

They described her lawsuit is a "blatant attempt to skirt her contractual obligations" and said she was now trying to extort them for up to $500,000 (£385,000).