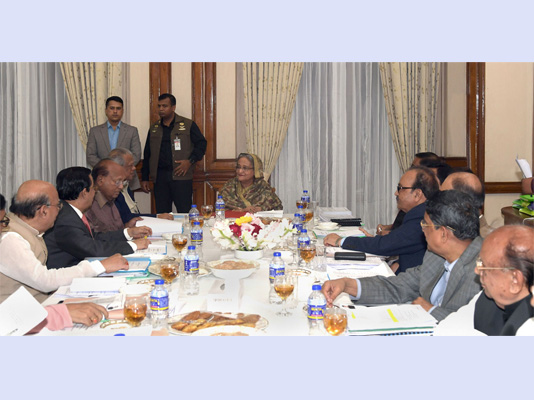 Bangladesh Awami League (AL) on Saturday announced the names of two more candidates for contesting the elections to the women reserved seats of the 11th Jatiya Sangsad slated for March 4.

The nominations of Nadia Islam Jolly (Pabna) and Ratna Ahmed (Natore) were finalized at a joint meeting of the AL Parliamentary Board and Local Government Election Nomination Board held at Ganabhaban, the official residence of the Prime Minister, in the capital tonight.

AL Parliamentary Board and Local Government Election Nomination Board Chairperson and Prime Minister Sheikh Hasina presided over the meeting.

The meeting also picked Md Anwar Sadat Samrat as the party candidate to contest the election to the post of chairman of Panchagarh District Council.

The ruling party on Friday finalised nominations of its 41 candidates for the elections to the women reserved seats in the 11th Jatiya Sangsad.

The deadline for withdrawal of candidature is February 16.