JCD takes out procession at DU after 9 yrs 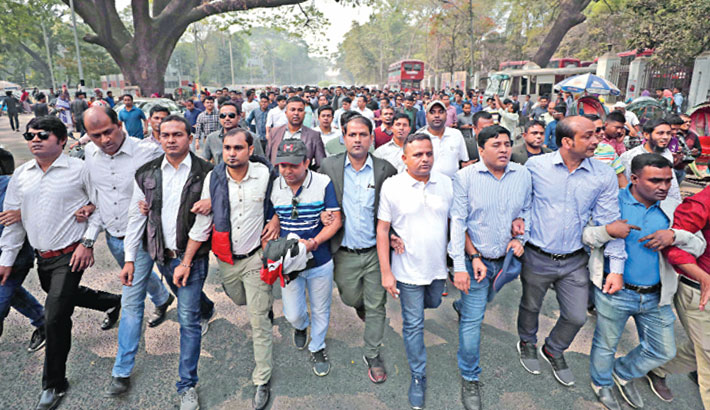 Jatiyatabadi Chhatra Dal (JCD), the associate body of BNP, took out a silent procession on the Dhaka University (DU) campus on Thursday after nine years.

Leaders and activists of JCD gathered in front of the VC’s office around 11:00 am, handed over the memorandum and took out the silent procession.

Some of the demands in the memorandum include creating a peaceful congenial atmosphere for all political parties on the campus and setting up polling centers in academic buildings instead of dormitories.

They also called for ensuring safety of the candidates during the electoral campaign.

Vice-Chancellor Prof Md Akhtaruzzaman said, “JDC leaders placed their demands through the memorandum. I told them that the DUCSU election will be held in accordance with its constitution. Constitutional rules are equal for all.”

JCD central President Razib Ahsan said, “We believe that the authority will accept our logical demands.”