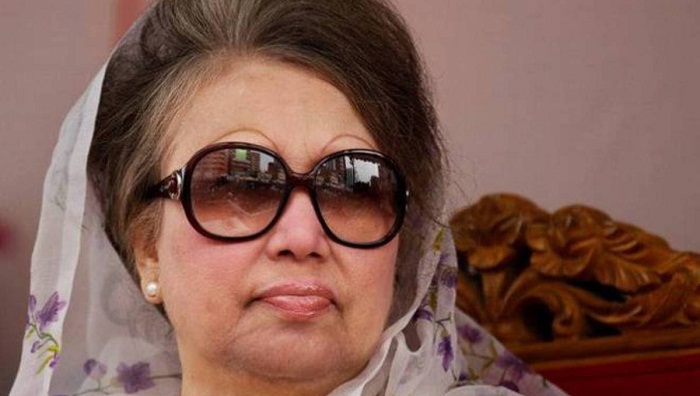 A Dhaka court on Thursday fixed February 27 for starting defence hearing in the Gatco corruption case against BNP chief Khaleda Zia and others.

Judge Abu Syed Diljar Hossain of the Special Judge Court-3 of Dhaka set the date after prosecution completed their hearing.

Former Prime Minister Khaleda is the prime accused in the case. She has been in jail since February 8 last year after being convicted in separate corruption cases.

She was produced before the court from the old jail at 12:40pm. On January 10, the court issued a warrant for producing her before it in the Gatco case.

On November 25 last, the High Court directed the subordinate court to conclude trial proceedings in the case within six months.

On September 2, 2007, the Anti-Corruption Commission filed the case against two Gatco directors, Khaleda and others.

They were accused of causing a loss of Tk 1,000 crore to the state by awarding the contract of container handling at the Chittagong port and Dhaka's Inland Container Depot to Gatco.

The ACC pressed charges in court on May 13 the next year against 24 people, including nine former ministers and state ministers of Khaleda’s cabinet. Six of the accused have died.

Khaleda had moved the HC challenging the legality of the case. Trial proceedings were halted for eight years in the subordinate court because of the writ petition.