Man to die for murder in Kushtia 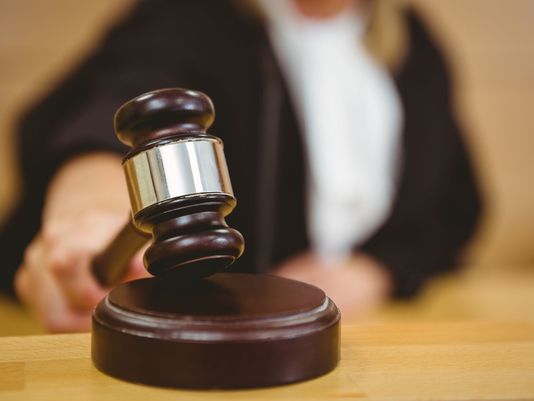 A Kushtia court on Thursday sentenced a man to death and nine others to different jail terms in connection with killing of a teenage boy in Kumarkhali upazila in 2014.

The condemned convict is Khairul Islam, 36, son of Omed Ali, a resident of Komorkandi village. The court also fined him Tk one lakh.

Besides, the court sentenced Khairul’s cousin Md Ziku, 32, son of Samad Pramanik, to one year jail and eight others to three months jail each.

According to the prosecution, equipped with sharp weapons the convicts attacked the house of Palash Uddin in the evening on October 5, 2014 over previous enmity.

As Palash’s son Babul Hossain, 14, came to resist the attackers, they hacked him indiscriminately, leaving him critically injured.

Later, the injured was taken to Kushtia General Hospital where doctors declared him dead.

Later, a case was filed against 10 people with Kumarkhali Police Station.

After examining all the records and witnesses, Women and Children Repression Prevention Tribunal judge Munshi Md Mashia rRahman handed down the verdict.