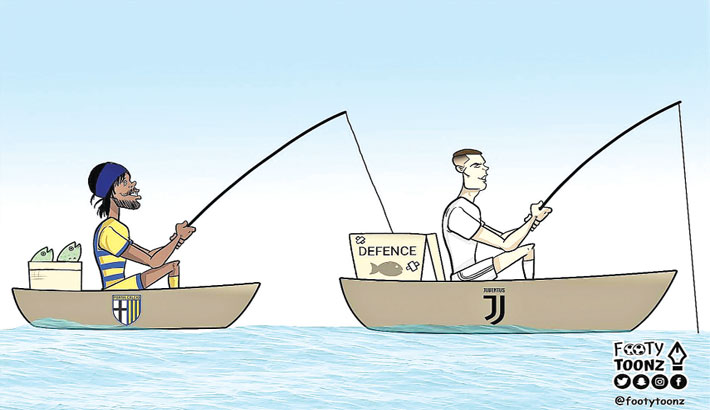 Cristiano Ronaldo scored twice against Parma, making him Serie A’s leading scorer with 17 goals, to put Juve in command but a brilliant flicked goal by Gervinho followed by a stoppage-time equaliser meant the Turin side’s lead over Napoli was cut to nine points.

Juventus, chasing an eighth successive Serie A title and still unbeaten, have 60 points from 22 games.

Though it could be memorable evening for Ronaldo, Juve defenders didn’t let happen by making silly mistakes.

Juventus coach Massimiliano Allegri was furious about the equaliser when his team lost the ball trying to play their way out of defence.

“The third goal was incredible, we had the ball by the corner flag... and then we played it into the penalty area. You can’t do that in the 95th minute,” Allegri said.