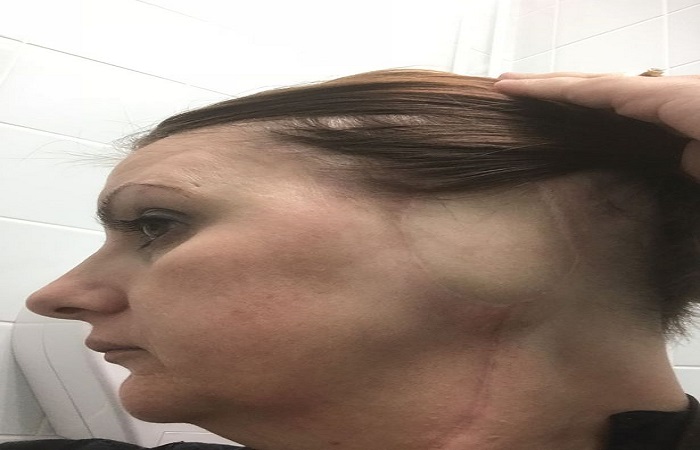 A mum is calling for a ban on sunbeds after she had to have her ear amputated when a wart turned out to be skin cancer.

Anthea Smith, 43, started using sunbeds at just 14, and first noticed a red mark on her ear in 2010 - which was dismissed by doctors as a wart for five years.

After the 'wart' transformed into a black and brown growth, an eventual biopsy found she had aggressive malignant melanoma, which cost her left ear, lymph nodes, temporal bone and salivary glands.

She blamed her 'naive' use of sunbeds for her horrifying ordeal.

Despite being in a state of 'no evidence of active disease' (NEAD), Anthea lives with the terrifying possibility that the aggressive skin cancer could return and cost her her life.

Current UK law bans under 18s from using sunbeds - but Anthea claims underage teenagers will still find a way around the law if they are desperate for a tan.