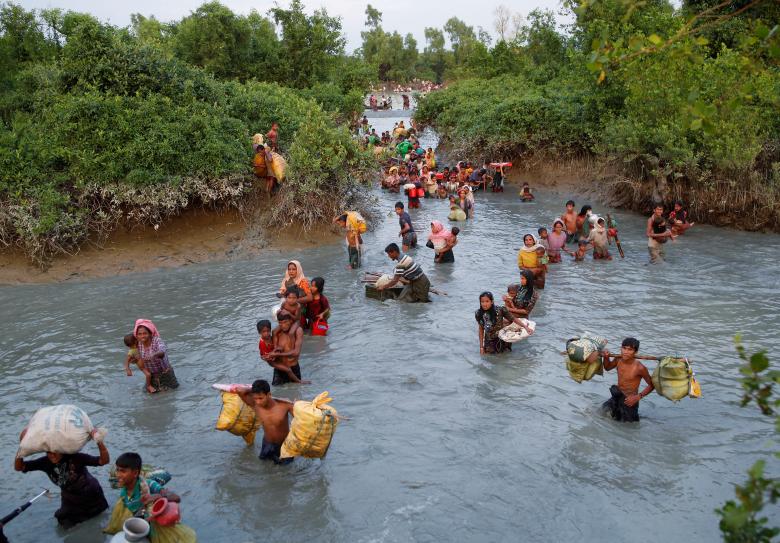 Bangladesh will seek more Indian support to resolve the Rohingya crisis as foreign minister AK Abdul Momen is set to reach New Delhi tonight in his maiden overseas tour since the Awami League government was formed for the third consecutive term.

“Among other things, we want to consult with my counterpart about the early resolution of the Rohingya crisis as it may affect the regional stability,” the foreign minister told BSS on Wednesday.

Momen said he expected enhanced Indian support in resolving the Rohingya crisis. Bangladesh gave makeshift refuge to over one million Rohingya people on humanitarian ground as they fled their homeland in Myanmar to evade a brutal military crackdown.

“I am visiting India in my maiden foreign tour to honour our great neighbor, the world’s greatest democracy,” the foreign minister said.

Momen acknowledged that Indian Prime Minister Narendra Modi was the first foreign leader to greet his Bangladesh counterpart Sheikh Hasina soon after the December 30 election results were announced while “we always found them beside us in our crises.”

“We have some other issues as neighbours everywhere in the world have issues, but by now we amicably resolved several of them like the major maritime boundary and the land boundary and expect the others to be solved as well since we now enjoy the warmest ever relations,” he said.

Dr Momen did not elaborate the expected deals with India during the tour but officials said the two countries could ink five memorandums of understanding (MoUs).

“The two sides so far agreed to sign three MoUs and they could reach a consensus on another two by tomorrow,” an official of the Bangladesh High Commission in Delhi told BSS on Tuesday.

Officials concerned in the mission said one of the three MoUs involved cooperation of the two countries in graft investigation while the two others were over TV broadcasting and medicinal plants.

They said Bangladesh’s Anti Corruption Commission (ACC) and India’s Central Bureau of Investigation (CBI) were expected to sign the first MoU, state-run Bangladesh Television (BTV) and Prasar Bharti of India the second and the two health ministries would ink the third one.

Momen is set to arrive in the Indian capital tonight to attend the 5th India-Bangladesh Joint Consultative Commission (JCC) meeting on Friday.

The foreign minister will lead a high level delegation comprising secretaries of different ministries and concerned departmental chiefs concerning the JCC in the meeting with his Indian counterpart Sushma Swaraj, to be accompanied by concerned officials of her country.

Momen is also scheduled to call on Indian Prime Minister Narendra Modi on Thursday morning prior to joining the JCC meet.

Later, he will meet former Indian President Pranab Mukherjee at the latter’s residence in New Delhi and join a lunch to be hosted by Swaraj in his honour on Friday.

India’s union State Minister for Housing and Urban Affairs Hardeep Singh Puri will also host a dinner for him on Thursday.

Bangladesh High Commission in New Delhi will host a dinner on Friday in honour of the minister and his delegation.

Wrapping up his three-day visit, the Bangladesh foreign minister will leave New Delhi for Dhaka on Saturday morning.

The last JCC meet was held in Dhaka on October 22-23, 2017 when Sushma Swaraj led the Indian delegation.