25,000 bikers set out for Guatemala shrine 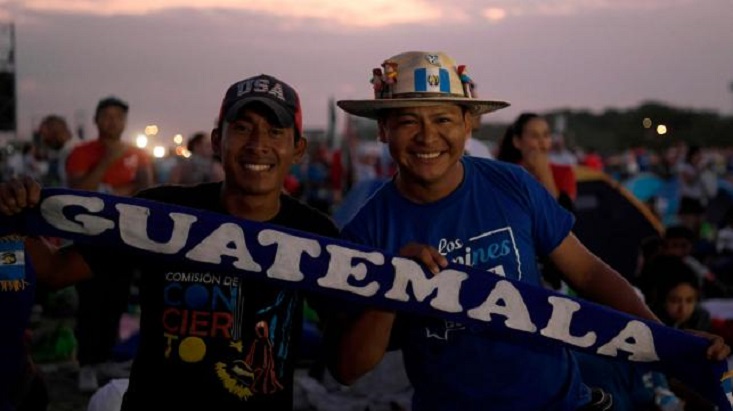 Pilgrims from Guatemala who took part in an evening vigil in the framework of World Youth Day are pictured in the morning before the arrival of Pope Francis to officiate an open-air mass at the Campo San Juan Pablo II on the outskirts of Panama City, on 27 January 2019. Photo: AFP

Some 25,000 bikers from all over Central America and Mexico roared their engines in unison Saturday in Guatemala City as they set out on a pilgrimage known as the Caravan of the Fox.

The heavy-bike event has taken place every year since 1961 from the capital city's cathedral square to the Black Christ Sanctuary in Esquipulas, a 225 kilometers (140 miles) journey that was classed in 2011 as part of the country's intangible cultural heritage.

The tradition has survived its founder, the biker Ruben Villadeleon, a proclaimed devotee of the Black Christ of Esquipulas, a wooden image of Christ believed by scholars to have been sculpted in 1594.

A priest, Jose Luis Colmenares, gave the crowd of two-wheelers his blessings while exhorting participants to ride safely: "Remember that above 90 kilometers per hour (55 mph) the Holy Spirit gets off the bike."

Each year the pilgrimage is hit by fatal accidents, especially on the return journey.