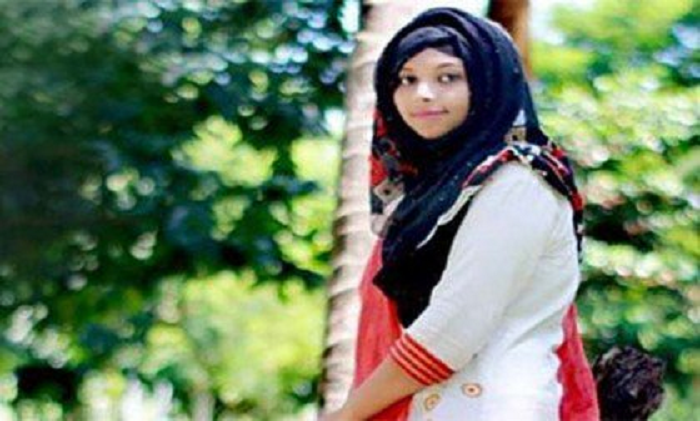 Nusrat Chowdhury, 23, a student of Chattogram University on Saturday succumbed to her injuries 12 days after she was injured in a road accident in Sitakundu upazila of the district.

The honours final year student of English Department died around 10:00am at the intensive care unit of Chattogram Medical College Hospital, her husband Fakhrul Islam confront that to the reporter.

She had internal bleeding in her brain, said Dr Anisul Islam Khan, head of Neurosurgery Department of CMCH.

Nusrat was injured badly on January 21 when she was going to attend her fourth-year final examination by a human hauler around 10:00am in Bhatiyari area of Sitakundu.

When she was getting off the human hauler, its driver sped up and she fell on the road, her husband says.

Locals rushed her to CSCR Hospital in the port city from where she was later transferred to CMCH.