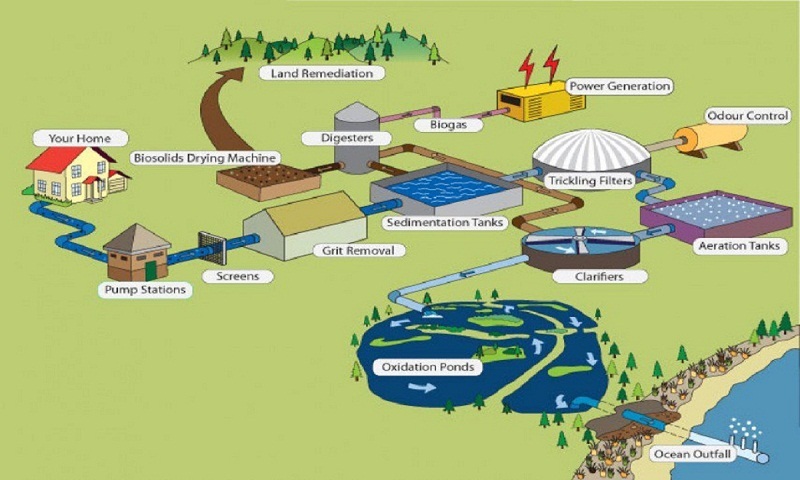 The ability to treat large volumes of waste on site in Rohingya camps, rather than having to transport it elsewhere, is a critical step to safe and sustainable disposal of such waste in emergency situations, says UNHCR on Friday.

“This will significantly reduce health risks for refugees and host communities and the likelihood of the outbreak of disease,” said UNHCR spokesperson Andrej Mahecic at a press briefing at the Palais des Nations in Geneva on Friday.

UNHCR, the UN Refugee Agency, and Oxfam have together put into service this week in Cox’s Bazar the biggest human waste treatment facility ever built in a refugee settlement, said the spokesperson.

To put this in context, it is roughly the equivalent of that needed for a population the size of Dijon in France, Savannah in the USA or, in Switzerland the City of Bern.

Close to a million Rohingya live in a complex of settlements in the Cox’s Bazar area.

Kutupalong, the largest refugee settlement in the world, is home to more than 630,000 refugees and managing the waste in this terrain requires innovative approaches.

The speed and scope of the refugee crisis which began in August 2017 meant that most of refugee sites grew spontaneously, resulting in limited available land suitable for latrine pits and waste water treatment.

For example, more than 200,000 cases of acute diarrhoea were reported in the Rohingya camps in 2018, as well as respiratory infections and skin diseases like scabies – all common in settings where sanitation and hygiene are challenges, said Mahecic.

Bangladeshi authorities provided the site for the facility and the project was delivered in collaboration with the government’s Refugee Relief and Repatriation Commissioner’s Office in Cox’s Bazar.

UNHCR and Oxfam engineers, with support from Rohingya refugees, built the new site in just over seven months.

The sludge is transported by waste vehicles that empty out waste from multiple locations in the refugee sites into two massive, tightly covered lagoons where the processing begins.

The facility maintains minimal operational and maintenance costs, with the initial investment of developing the site and installing the equipment falling just under $400,000.

The system also benefits local Bangladeshi communities, who have been generously hosting and supporting refugees.

This model will be rolled out across other sites in Cox’s Bazar area in 2019 and UNHCR is considering replicating it in future refugee crises, said Mahecic.

UNHCR has also been working with partners on waste management in Rohingya refugee sites in over 275 small scale sludge treatment sites.

More than a dozen different treatment technologies have been implemented, in different scales, combinations and configurations – including lime treatment, biological treatment processes and biogas production which also supplies some refugees with gas for cooking.