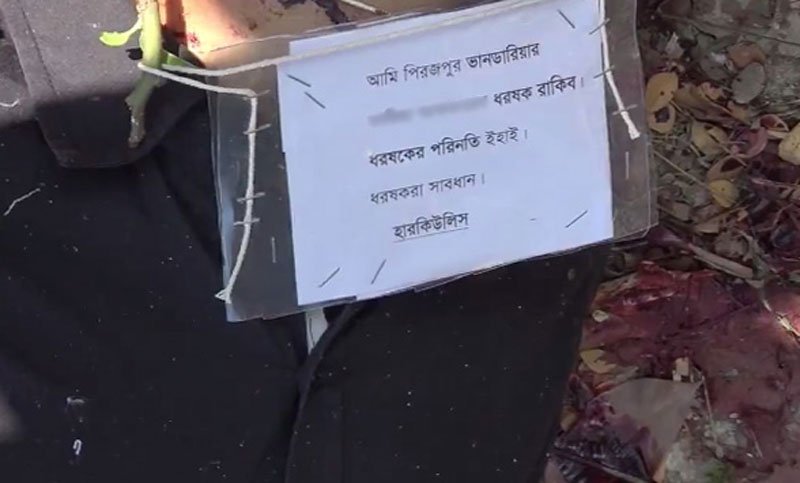 A suspected rapist was found dead in Jhalakathi’s Rajapur upazila on Friday.

The  body was found with a note saying that “rapists deserve such fate” and warning others.

The deceased was identified as Rakib Hossain, 20, an accused in the rape of a madrassa girl a week ago.

A note was found on the victim's neck that mentions: “I am involved in the rape of the madrasa girl…this is the fate a rapist deserves”, the OC added.

The note, bearing the name of mythical character “Hercules”, also warned other rapists threatening them with a similar fate.

The body was sent to Jhalakathi Sadar Hospital morgue for autopsy.

On January 14, a madrasa student was allegedly gang raped by two men in Nadmulla village in Pirojpur's Bhandaria upazila while she was on her way to her grandmother's house.

Later, on January 17, the girl's father filed a case with Bhandaria Police Station accusing Sajal and one Rakib.