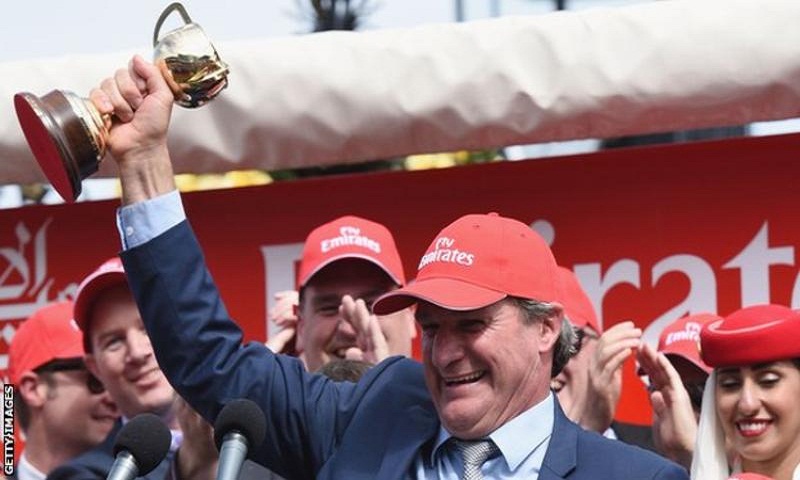 On Wednesday, police seized a firearm, a substance believed to be cocaine, and four of the illegal Taser-type devices at the Melbourne Cup-winner's stables.

The 48-year-old, who claimed a landmark win in the 2015 Melbourne Cup when jockey Michelle Payne won aboard Prince Of Penzance, is also charged with failing to help the inquiry and conduct prejudicial to the interests of horse racing.

Mr McLean faces four charges including possessing one of the devices, which are known as "jiggers" and can cause horses to run faster in conjunction with a jockey using their whip.

Mr Kermond has been charged with failing to help the inquiry and refusing to answer questions from the stewards.

The inquiry was opened after the execution of search warrants by Victoria Police on Wednesday at properties in Ballarat and Warrnambool that saw the three arrested before later being released without charge.

Mr Weir and Mr McLean have also been issued with "show cause notices" in relation to possible suspensions of their licences and refusal to accept nominations for races.

Mr Weir's nine runners and the McLean-trained Sacred Theme were late withdrawals from Friday night's meeting at The Valley, along with Weir's 11 runners at Saturday's Caulfield meeting.