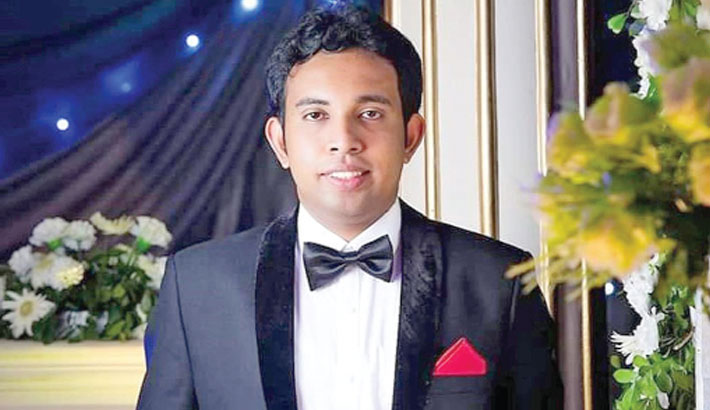 He was posted at Medicine Ward of the CMCH after completion of his MBBS degree from Chattogram Medical College.

Akash had been living with his wife Tanjila Chowdhury Mitu at a rented house in the city’s Chandgaon Residential Area.

But, they were not happy in conjugal life as Mitu allegedly developed extramarital affair with a man after their marriage, alleged the sources.

They had a quarrel over the issue on Thursday early hours and his father-in-law took away Mitu from the residence at around 4:00am, said Officer in-Charge (OC) Abul Bashar.

At one stage, Akash committed suicide through injecting poison in his body, said the OC.

He was rushed to CMCH where on-duty physicians declared him dead around 6:20am, said Assistant Sub Inspector (ASI) Alauddin Talukdar of the hospital police outpost.

Expressing dissatisfaction over the matter, the physician posted several statuses regarding his wife on his facebook page. He also posted an emotional status before committing suicide in the early morning, said the sources.