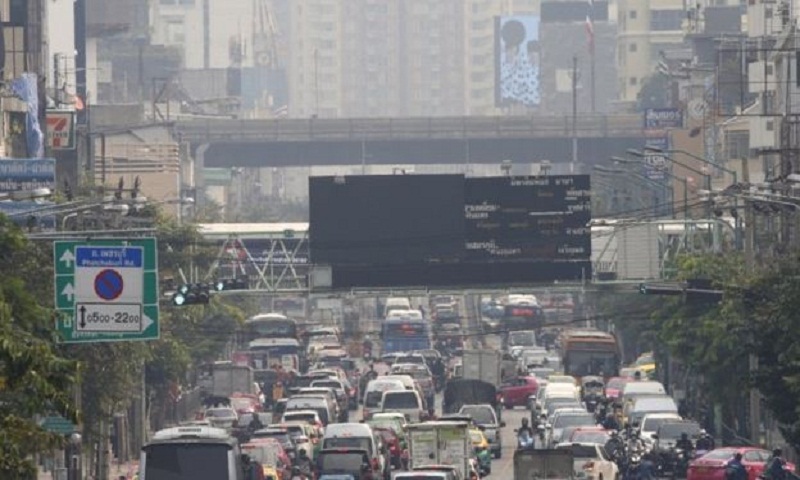 Toxic smog in Bangkok has forced more than 400 schools to close for the rest of the week, to protect children from its harmful effects.

Thailand's capital city is experiencing some of its worst-ever air pollution levels, caused by ultra-fine dust particles known as PM2.5.

Traffic exhaust, construction works, burning crops and pollution from factories are blamed for the haze.

Authorities' efforts to clear the air have so far failed.

The government has tried seeding rain clouds, reducing traffic, and hosing down streets, with little impact.

Those celebrating the Lunar New Year holidays next week have been asked not to burn incense or light fireworks.

But that still doesn't match New Delhi, which is currently hovering around 390, a "hazardous" level of pollution.