Hospitals filling up in Europe’s most polluted capital 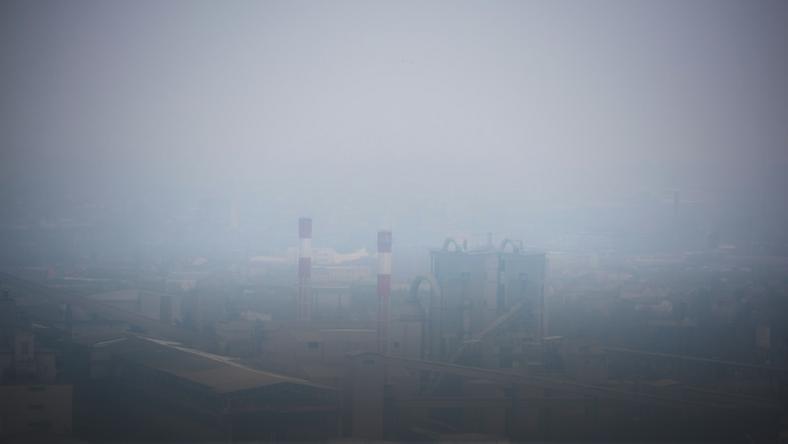 Children are missing school and hospitals are running out of beds as a noxious smog smothers Skopje, earning the small Macedonian city the grim distinction of being Europe’s most polluted capital.

“This is not human any more,” says Marina, a mother who has been forced to take two months off work without pay to stay with her 16-month old baby David at the hospital.

“He was born healthy. There was nothing wrong. And now we are probably facing asthma for lifetime,” she says of her son, who is being treated for severe asthma that has been aggravated by the toxic air.

The infant is among more than 100 children being treated in an institute for respiratory diseases in Skopje, a small city home to around 500,000 people. The youngest patient is two months old.

Country-wide data on the number of children seeking medical care for pollution is hard to come by.

But doctors say children and the elderly are the most vulnerable to the air pollutants, a mix of fumes from home-heating fires, car emissions and coal-burning industries.

Geography is also a key factor, with a ring of mountains around Skopje helping trap smog in the valley.

In response, the government closed schools for two days to limit children’s exposure to the air.

Authorities also temporarily halted construction projects and made public transport free to discourage the use of cars.

But many residents feel these soft measures are doing nothing to address the root causes of a problem that has plagued the capital for years.

“Two days of cancelled school in three months of extreme pollution — only in another universe could that be considered a serious measure,” said Dragi Zminjanac of the children’s rights group Megjashi.

“We are in regular communication with hospitals, and teachers in schools, and this is the number one problem in Macedonia,” he added.

Meanwhile, hospitals are running out of beds amid a surge of patients seeking help for respiratory conditions, said Dejan Dokic, the head of a pulmonology and allergy clinic in the capital.

“The situation is not good. At the clinic there are no longer available beds, some patients who come are now treated in the ambulances,” he told AFP from the state hospital in Skopje.

The city also suffers from high concentrations of PM 2.5, the smallest and most harmful air pollutants, which can penetrate deep into the lungs and even enter the bloodstream.

Macedonia’s government blames the burning of wood and other materials to heat homes as the largest contributor to the smog, accounting for at least one third of toxic emissions.

But critics say beneath that figure is a lack of city planning and widespread poverty, with central heating only available in wealthier parts of the capital.

According to a survey of 5,044 homes by the UNDP, more than a third of residents in the city centre heat their homes with wood-burning devices, most of which are inefficient and highly polluting.

Another third said they, or their neighbours, sometimes burned more dangerous substances scavenged from construction sites or garbage bins, such as tyres or plastic waste.

“People tend to think that because we are using wood for heating in the winters … that we are not aware of the environment, that we are savages,” said Velko Trajchev, a construction worker from a pollution-stricken Skopje suburb.

“That is not true. We just have no other option to survive.”

Trajchev is a widowed parent who relies on 150 euros ($170) a month to care for his two daughters and his father.

“I cannot even afford to heat the whole house. I cannot afford food sometimes and bills, so yes, I cannot invest in more environmental options, I am forced to burn trees.”

“This administration has inherited the situation … and we now we are starting from scratch,” he told AFP.

The government has designed a plan to slash pollution by half in two years, he said. Part of that plan involves building gas pipelines to heat homes, instead of relying on burning wood or coal.

But environmental activists warn that many unregulated businesses will have to be curbed if the authorities want to make an impact.

“Skopje is a city that has factories of heavy metal and chemical industries literally in the city,” said Tatjana Grozdanovska of Stop Air Pollution.

“Then there are hundreds of small plants and workshops that burn oil for heat, burn tyres … we don’t see that the city inspections are doing anything about that.”