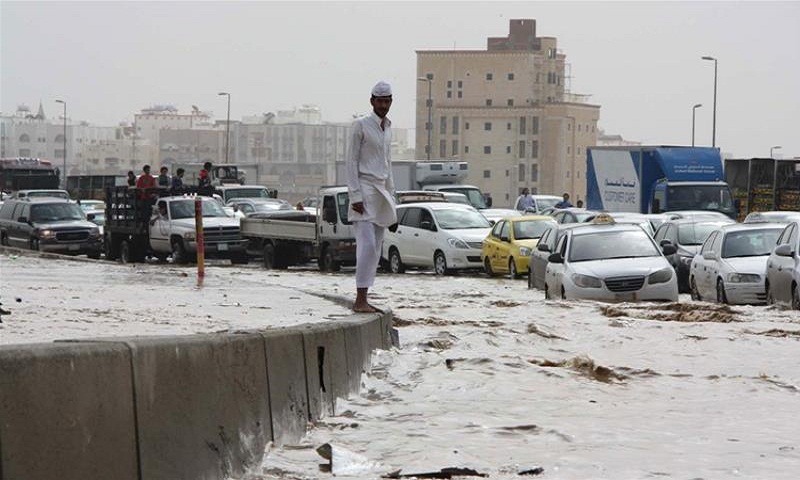 At least 12 people have been killed as heavy rain wreaked havoc in Saudi Arabia this week, according to the kingdom’s civil defence authority.

The heavy downpours hit mainly the western and northwestern parts of the country close to the border with Jordan.

Ten people died in the northwestern city of Tabuk and one each in the holy city of Medina and the northern border areas, the official SPA news agency reported the defence authority as saying on Wednesday.

In a statement, the authority said a total of 271 people had been rescued across the country since Sunday. Civil defence teams have also evacuated 137 people in the northwestern Tabuk region.

A number of committees have been set up to assess the damage caused by the bad weather, the agency said.